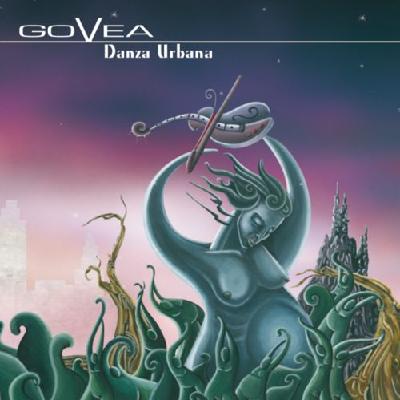 This Mexican trio is led by keyboard wizard Salvador Govea, who also handles most of the compositions and arrangements. He is joined by bassist Luis Arturo Guerrero and drummer Victor Baldovinos, the latter who is probably better known for his work with Iconoclasta, Delirium, Muros de Agua and other bands. Guest bassists join on a couple tracks, while some guest electric guitar joins on one other. Danza Urbana is a collection of seven instrumental tracks that exemplify the best in classic progressive rock. While primarily informed by a combination of European classical music and complex rock, there are nonetheless strong voices of jazz, a bit of funk, Mexican traditional music, and even some hints of blues embedded within Govea's compositions, depending on which track is under consideration. There are more than occasional hints of Keith Emerson's jazz-influenced work circa the first ELP album, and beautiful cyclical ostinatos supporting understated melodies. Some pieces take their time building tension while moving steadily toward a point where strong melodic lines rule the moment. Guerrero and Baldovinos play solid support roles throughout, meshing with the keys and providing occasional solos, but more than anything the two gel superbly as a rhythm section. While not exactly groundbreaking, it's nonetheless refreshing to find musicians who can breathe new life into the classic progressive rock idiom.