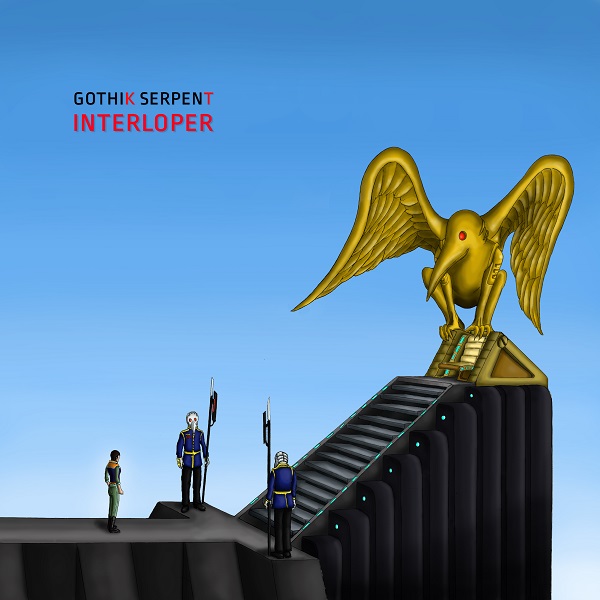 When I first listened to Interloper I thought I’d come across yet another prog metal band, one among thousands. But further listens happily proved that first impression very much mistaken. The “band” is the brainchild of bassist Kerwin Tsang, who wrote all the music; in addition to playing bass, he’s credited with Chapman Stick, backing vocals, and some synth programming. Others join him on guitars (Tom Graham), drums (Yuichi Ikeda), woodwinds (Lee Worley Raby), and synths (Andrew Berg); others contribute on individual tracks, but it is lead vocalist Tricia Isabela who does the most to define the sound, with her powerful and expressive singing. Various streams of progressive rock come to the fore at various times, with some prog metal, some Crimsonesque rhythmic work (the Stick helps there), and some more 70s moments, partly due to the saxes and clarinets. Many parts are undeniably in the “tricky” realm, both rhythmically and harmonically, but avoid sounding clinic or contrived, and some more atmospheric moments provide respite from the heavy base. “The Last Lindsey” is a great acoustic track in the middle, positioned perfectly to give the listener are breather — its acoustic guitar and Mellotron-like keyboards, along with the lushly arranged vocal parts and environmental noises, show admirable range and depth. For prog fans who are not keen on the metal side of the genre, Gothik Serpent is diverse enough to be a real treat, and for those who do like the metal sound, it’s heavy enough to provide satisfaction. Recommended.

Syzygy - Realms of Eternity – There is definitely something going on with progressive music these days. As we near the end of the first decade of the 21st Century it appears that we are emerging from the doldrums with some...  (2010) » Read more