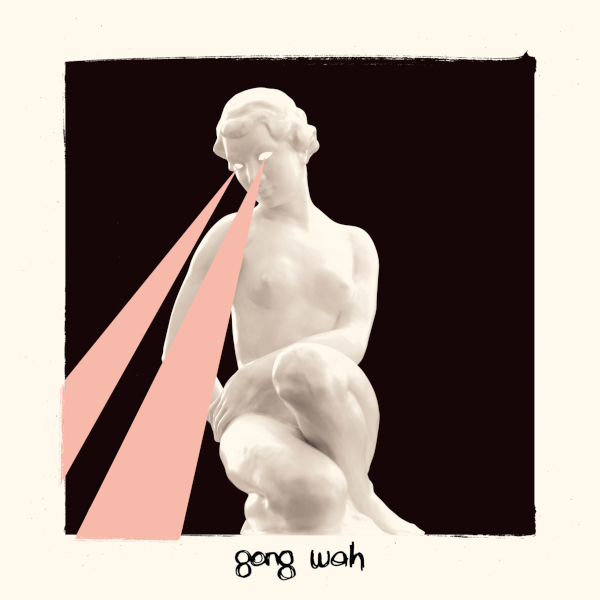 First off, let go of any thoughts that this band has any relation — member-wise, style-wise, or otherwise — with any of the other bands we’ve covered with “Gong” in their names. This group is a (mostly) heavy psychedelic band from Cologne that was formed by singer Inga Nelke with two guitarists, Thorsten Dohle and Felix Will. After some time as a trio, they added a drummer (Nima Davari) and bassist (Giso Simon) to form a solid band with a distinctive take on rock. Their connection to psychedelia might be somewhat tentative (or possibly aspirational), but that’s not a negative. The bottom line is that Gong Wah’s music is energetic, entertaining, and distinctive. I’m occasionally reminded of The Primitives with the way that driving beats back a strong female voice, though Gong Wah generally has much heavier guitars. Dohle and Will favor heavily fuzzed tones that hearken more to late 60s sounds than 80s metal, which is probably where many listeners will read in the psych influence. The important factor is that they always mix tones, so that if one guitar is playing grungy, distorted chords, the other has a cleaner tone with more twang or bite. Nelke’s voice is strong and clear, with an engaging tone when she’s singing quietly and a forceful delivery when the arrangement calls for it. Various treatments are sometimes applied, such as echo or distortion, and her overdubbed harmonies are sparkling and spot-on. Her melodies are catchy, and the lyrics are good. For some reason, I really enjoy this phrase from “Let’s Get Lost”: “There are ways to get wasted, here is the beautiful one.” Gong Wah has something to offer for anyone who enjoys catchy rock songs well played with a minimum of frills and a maximum of energetic fun.