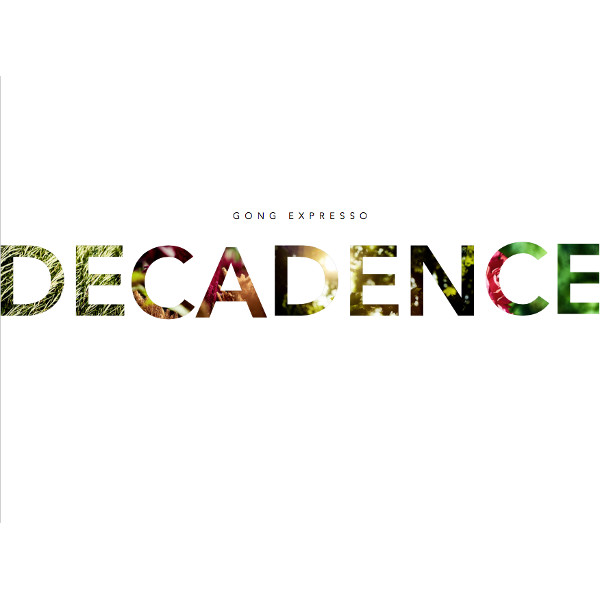 Expectations can be dangerous things. When I first heard Gazeuse!, it was instantly one of my favorite albums. Sure I knew it wasn’t really Gong, since that name first conjures up the classics of Daevid Allen’s original tenure, particularly the Planet Gong Trilogy. But Gazeuse! and its follow-up Expresso II were killer albums in their own right, with the charming mallet work of Mireille Bauer and Benoit Moerlen, some of Allan Holdsworth’s finest playing (followed up admirably by Bon Lozaga), and the amazing rhythm section of Francis Moze or Hansford Rowe (bass) and Pierre Moerlen (drums and additional mallet instruments). These two albums presented a different twist on many of the things that made fusion music attractive to me. While it’s true that the subsequent albums from Pierre Moerlen’s Gong didn’t quite live up to that high standard, there were still lots of good moments. So when I heard that Benoit Moerlen and Hansford Rowe were getting together with François Causse (who had played percussion on many of the P.M. Gong albums) and young guitarist Julien Sandiford, I immediately had visions of a successor to Expresso II. With Decadence, that is not at all what we have, and if you approach it with those expectations, you’ll likely be as disappointed as I was. To be fair, that’s not what the band is trying to do, so it’s probably not fair to criticize them for it. What they are trying to do is present a pleasant, mostly acoustic set of tunes drawing on latin jazz from the pre-rock era, with only a few nods to more modern sounds. Sandiford uses lots of old-school chord voicings, more akin to Wes Montgomery than Allan Holdsworth, with minimal use of effects, and his solos are understated. This is perfect music for Sunday brunch at a latin-themed restaurant. As I’ve explained, it’s difficult for me to be completely objective about Decadence, but I think I can say that even setting aside my off-base expectations, this is not a recording I can recommend very highly. It’s much like a Gary Burton album of the late 60s, though perhaps less adventurous harmonically. One or two tunes this mellow on a more diverse album would be fine, but a whole set of pieces that all hit the same low-energy bar is more than I can take. I hope they can find an audience for their music, but I suspect most old-time Gong fans won’t be part of it.