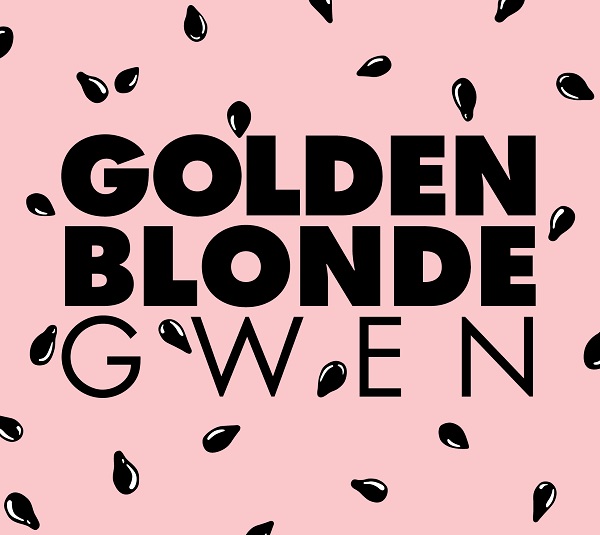 I had no idea what to expect when Gwen crossed my desk (so to speak). I knew nothing about Golden Blonde aside from their Australian location. The first time I listened to this music, it made little impression on me. "Interesting," I thought, "but I don't really get it." It didn't sound like electronic music, but it also wasn't really rock of any normal stripe. There were lyrics and melodies, but they weren't backed in any conventional way (chords on guitar or keyboard, bass parts, drum patterns). Under the press of other music to listen to, I moved on to other things. But I kept revisiting it every so often, trying to make sense of it, and eventually it started to come together. Golden Blonde has given us one of the most creative sets of modern music I've heard in a long time, and it's been a challenge to think of words to describe it to those who haven't heard it. Try to imagine Radiohead's strangest sonic experiments, and then take those as a base and move further out. Guitars and keyboards are present, but they don't play typical roles, often manipulated into soundscapes utterly unlike typical songs. These are mixed with field recordings and samples from widely ranging sources. The drums seem to be sometimes more or less played real-time, at other times sliced and diced along with everything else. The vocals are more straightforward, though often overdubbed into many layers. I'm also reminded of something Bob Drake might come up with, though perhaps less frenetic. Other references might include Animal Collective, Dirty Projectors, and Haco. And in spite of the manifest weirdness, these pieces actually work as songs, with engaging melodies and appealing vocal delivery. Golden Blonde is obviously neither destined for the top of the pop charts, nor aiming for that, but they deserve a dedicated fanbase among the true seekers of new possibilities.