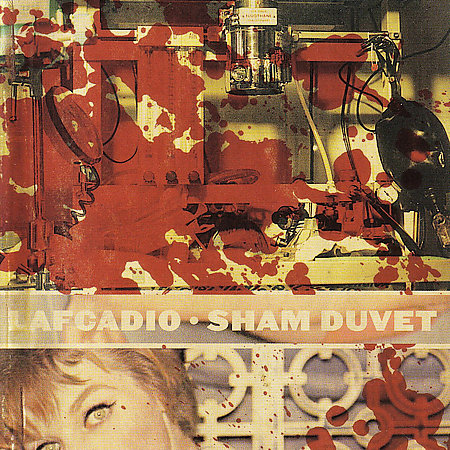 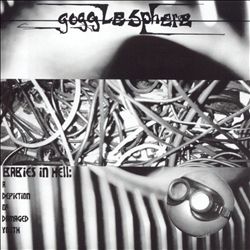 One might ask why these two discs are being addressed in the same review; it’s because both Gogglesphere and Lafcadio are essentially the same band – or that is to say they have the same five members. Babies in Hell is subtitled A Depiction of Deranged Youth, a concept album of extremely twisted and grotesque imagery and a musical style to match: abrasive and extreme technical thrash-metal full of distortion at every level, with that singer who at one moment sounds like somebody’s trying to strangle him, and the next minute sounds like he’s screaming in pain with a bottle cap stuck up his ass sideways. Not an easy listen, any way you shred it. Fortunately a couple songs turn down the distortion some, slow down the pace, and stop screaming so the lyrics are somewhat understandable. But it’s not long until it slides right back into concussion-driven suicidal mania at the threshold of pain and beyond. Ahem. Some will really dig this, I’m sure.

Regrouped as Lafcadio, some elements of the old sound are still present here, but it does seem like a fresh start with a concerted effort to make a more meaningful and interesting musical statement within the boundaries of extreme technical metal. Some screaming, to be sure, but plenty of decent harmonies too, and more importantly one can actually hear what’s being played and sung without the ever-present cloud of distortion engulfing everything. Each piece is distinctly different in some way from all others, and the overall approach is a sort-of punk take on the more brutal elements of contemporary King Crimson mixed with a more adventurous variation of the math rock sound. Sham Duvet is the messianic lead figure in a concept exploring the contradictions and similarities between religious epiphany and schizophrenic hallucination; and this time the lyrics are understandable – but just in case they are all printed in the booklet. In all, this is a far more satisfying disc; here’s to the new start.