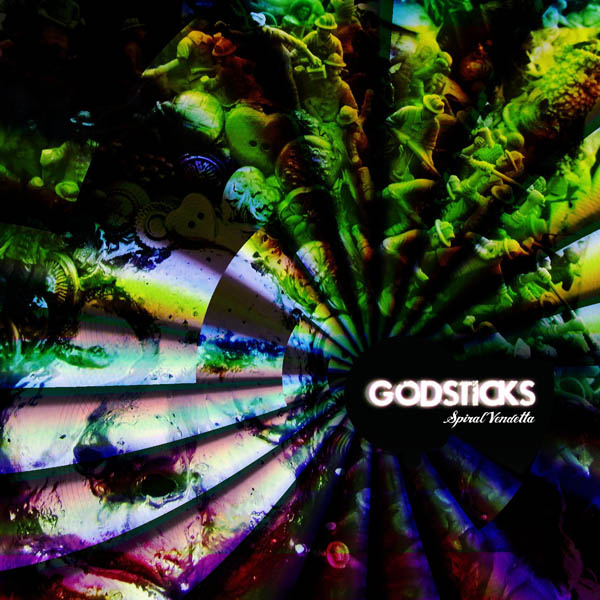 Beginning with the obvious, Darran Charles, Godsticks' singer and principal songwriter, wants to be Adrian Belew. His high tenor perfectly mimics those eccentric, fluid melodies with emphasis through rhythmic repetition and uphill slides to the high notes. Also, this band uses the tempo and keyboard approach of UK's song "In the Dead of Night" as a rhythmic touchstone, paying similar homage to Bill Bruford's Feels Good to Me album. That said... Godsticks is a power trio of Charles (vocals, guitars, keyboards), Steve Roberts (drums, keyboards) and Bryan Beller (bass). They delight in aggressive, tricky meters, most notably on "Unnerving Allure," "Put Seven in Bold" and the polyrhythmic "R.R.R." While Charles' doubled voice and Roberts' many-armed drumming prompt obvious King Crimson comparisons, Godsticks distinguishes itself with keyboards. On "Timshel" and "Withdrawn Was the Giveaway," piano is the main chordal instrument with guitars reinforcing melodies and thickening textures. "Traverse," with the most affirmative lyrical message amidst songs about confusing personal relationships, features strong, expressive piano atop a supportive rhythm section. And "The Continuation of Livid," the only instrumental track, is a furious showcase for the dynamic guitar-keyboard interplay so rare in virtuoso bands that spotlight soloing. "Unravel" ends things quietly with acoustic guitars, bass and doubled voices musing about the end of romance. Even if you're prepared to dislike an album that wears its influences a little too proudly on its sleeve, Spiral Vendetta wears down your objections. What Godsticks does here can't be easy, and they do it extremely well.

Satoru Wono - Sonata for Sine Wave and White Noise – Click. Shhhhhsshh. Bleep. The first minute of “Overture” sounds something like a couple of malfunctioning cell phones making random sounds. Then the beeps and hiss begin to take shape and find...  (2004) » Read more