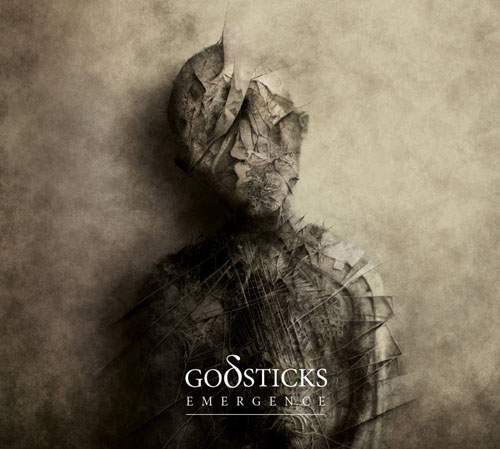 On their third full-length release, Godsticks – still masters of fine songcraft – has definitely turned on the heavy switch, much more so than any of their previous outings. Primary songwriter, vocalist and guitarist Darran Charles has a knack for pulling together masterful and subtly complex textures and melodies into various catchy rhythmic arrangements all in support of the song. Never an open display of chops for chops sake, all three of these guys – including drummer Steve Roberts and bassist Dan Nelson – are oustanding players, contributing just what is needed to support the effort in any given measure. Listen close and one can hear the brilliance and pure genius of the band’s arrangements, driving a bristling contemporary sound that’s bursting with invention. Charles’ vocals are superb and stylish in his own way, though the harmonies on the heavier cuts tend to be a bit samey – I suspect he’s using a harmonizer dialed up the same way for each song, ending up sounding somewhere between the early-80s version of the Tubes and the more recent solo work of Adrian Belew. After four cuts of intense pummeling they dial it all back for “All That Remains,” an acoustic guitar based piece with some sweet vocal multitracking and back-up slide guitar, perhaps the album’s finest cut simply because it’s so different from all the others. One thing different between this and the band’s earlier releases is the seeming lack of keyboard; keyboards are there, for sure, played by Roberts and Charles, but buried under all the heavy guitars they’re just not that noticeable. The title track is probably the closest the band gets to metal anywhere on the album, flirting with that sound without succumbing to all the clichés. And like the two releases before it, Emergence features one purely instrumental cut “Leave or Be Left,” which serves as a one-minute or so intro to the hard driving closer “Lack of Scrutiny.” While Godsticks is at the top of their game and certainly harder hitting and heavier than ever before, a bit more sonic variety would go a long way to produce the classic album that I know these guys are capable of.