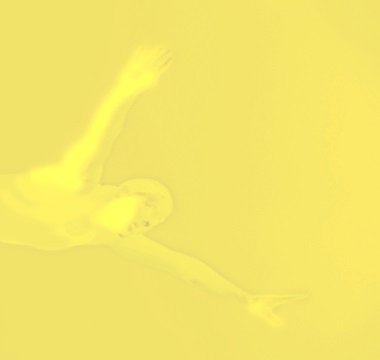 Introducing a world where standard sci-fi is just too darn human to be plausible. If there are any advanced life forms out there taking joy rides through post-supernoval remnants or losing the space police through the Fornax Dwarf Galaxy then surely this is their Muzak. I can easily imagine a gathering of bizarre extraterrestrial freak forms listening to this and doing something entirely unlike... ok, fine, maybe I can't imagine it quite so easily. Mike Fazio is the brain behind this project, utilizing among other things, "granular and modular synthesis technology at the software level," while percussionist Thomas Hamlin contributes effected percussion and percussive effects. I'm sure he contributes brains too, but you know what I mean. It's an interesting extragalactic world they've come up with, but the strident electronic percussion that repeats through the 38 minute opener annoys. Elsewhere the rhythms can be prominently monotonous as well, but they aren't as electronically brusque. "Slick-O-Phonic" opens like a futuristic "Tomorrow Never Knows," complete with a simulated sitar drone and Starr stuttered drumming, while the following track's trance beat probably finds our alien freaks space-moshing. Real instruments used are altered through analog and digital processing, generally beyond recognition. The occasional organic sounds make one sit up and take notice. They're inventing sounds to make music, a concept that to be honest is not entirely unlike what Kraftwerk did years ago, except GoE are not aiming so much for musicality.