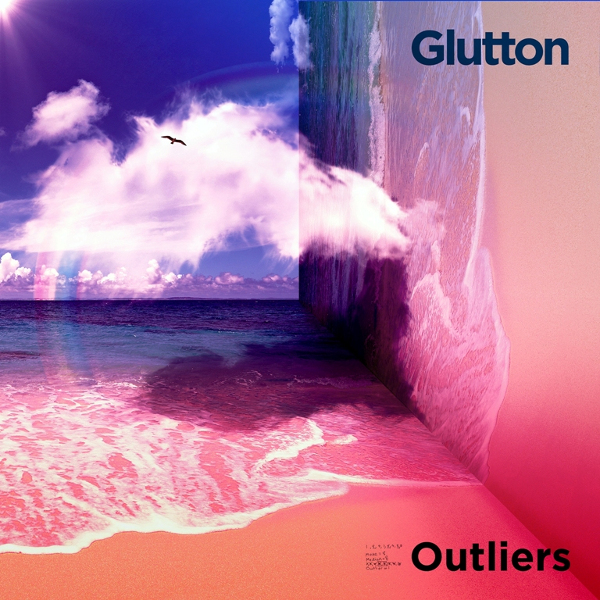 When a new album arrives and you know absolutely nothing about the artist, it’s a very different experience than a new album by someone you’re familiar with. You can never escape some type of expectations with musicians whose work you already know. From the promotional materials, I knew Glutton is a band from Oslo that’s labeled “post-prog,” this is their second full-length album, and it’s on Apollon, which, judging from past experience, means it’s very likely to be good. “Post-prog” is not a word that means much to me (and I’m not especially keen on genre labels anyway), so I just queue it up and listen. Just under 47 minutes of music is divided into 14 relatively short tracks, which turns out to give the false impression that Glutton works with short song structures. In fact, many of the tracks proceed without breaks, creating continuous suites of greater duration. A more accurate representation would probably be three tracks, one taking up the entirety of the LP’s Side A (roughly 20 minutes), and then two tracks about 13 minutes to make up Side B. The style is accessible and melodic, with good vocals, prominent keyboards, varied guitar playing, and interesting rhythmic structures. This is good, solid progressive rock, not really in either the symphonic or the avant category, but straddling the two. One thing there isn’t is any hint of metal influence — the heavier moments lack the kind of aggressive guitar tone favored by that crowd, opting for a more natural, old-school type of distortion. There are times when the guitar and/or keyboard is playing the kind of line you might hear in a math-rock band, but it’s coupled with a friendly melody that’s more akin to more mainstream styles. All in all, it’s an appealing mixture that has stood up to repeated listening, and prompted me to investigate their earlier releases, which are available on their Bandcamp page — in fact two of the suites on this album were released as EPs there.

Steve Tibbetts - Natural Causes – On first listen, one could easily be forgiven for thinking that Natural Causes might be a collection of out-takes from Tibbetts' 1982 album Northern Song, his very first LP for ECM. Indeed, the...  (2011) » Read more