Glenn Smith, founder, mandolinist, and primary composer of the DeLand, Florida based prog / fusion band Magnatar, passed away on October 18th 2019 at the age of 68, after a brief illness. 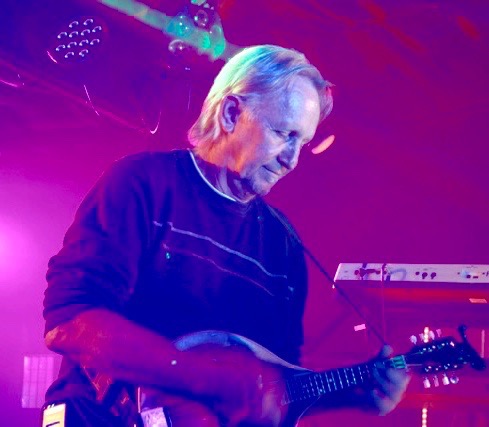 Glenn’s band-mate and cousin, keyboardist Dave Norton, and co-founder bassist, Joey Costa, have committed at the urging of Glenn’s family, to keep Magnatar moving forward as a recording and performing band. Magnatar are also planning to bring in a second guitarist, Jerry Hemby of Ormond Beach, Florida, to help fill the void. Jerry Hemby has a long history with Glenn, Dave, and Joey that goes back decades, and reunites three of the original Hot City / Fantasia members from the early 70s. Before his untimely passing, Glenn composed a number of new tracks for a follow up to 2018’s Parallel Worlds, and the band plans to honor Glenn and his music on the second Magnatar album, due for late 2020 or 2021.

Soft Machine - Live in Paris May 2nd, 1972 (aka Live in France) – [This was written about the original One Way edition. - ed.] Wow! Another newly found live recording which was previously available only in bootleg format? Unfortunately, the disc is a mono-sound...  (1996) » Read more

Azazello - Black Day – The electronic drum kit will undoubtedly make or break one’s opinion of this release by Russian prog-metal quartet Azazello, depending on your tolerance for such a mechanical backbone. And if...  (2001) » Read more

King Crimson - Heavy Contrukction – According to many accounts, the European tour for The Construkction of Light has been nothing short of a major success. A large number of gigs sold out across Germany, and women were seen attending...  (2001) » Read more

Die Engel des Herrn - Live! As Hippie Punks – Some people may be familiar with the name Klaus Dinger. For the uninitiated, he was an early member of Kraftwerk, the founder of Neu! and La Düsseldorf, and current godfather of Die (b)Engel des...  (1995) » Read more

Ave Rock - Ave Rock & Espacios – Over the course of their two albums, Ave Rock displayed a heavier approach to progressive rock than their other Argentine counterparts. Organ and guitar dominate the instrumentation on the self-titled...  (1997) » Read more