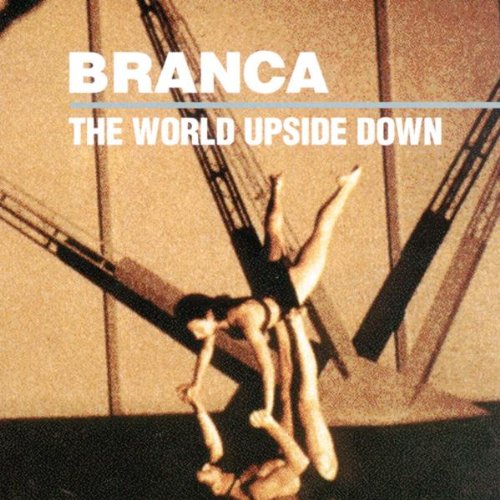 While not of a nature traditionally covered by this publication, Branca's seven-movement symphony "The World Upside Down" is of some relevance simply because of his history and association with Virgil Moorefield. The 46-member New York Chamber Sinfonia performs this recently recorded version of the five-year old work. Branca doesn't actually perform anything here, but his vision is the driving force behind this fairly ambitious and intellectual project in the realm of modern classical music. The work itself is dedicated to and inspired by Raoul Vaneigem's Book of Pleasures. The music is very heavy on strings and winds, with a dash of horns and percussion for added color. The first movement is based on a bubbly line of strings and flutes which ebb and flow, building and releasing tension as it goes. The second movement is more of the same: dense, fluid, and soothing. The third movement consists of an unsettling, dark and dissonant passage with light piano chords draped sparsely across the top. The centerpiece fourth movement is based on rapid-fire eighth-notes in the lower strings with a building tympani line to give it motion. It builds continuously in intensity until the abrupt end. The final three movements are all similar to the second and third with their fluid and low key subtle motions. The most disappointing aspect of this work, however, is the rather severe lack of any profound thematic development within the movements. After about only 10 seconds, you have the complete picture of what the remainder of the movement will contain. There are no surprises here; everything is linear, bland, and somewhat uninspired despite the obvious ambition. On that note, The World Upside Down is rather unsuccessful and not worth venturing into unless you have a very strong affinity for modern classical music.