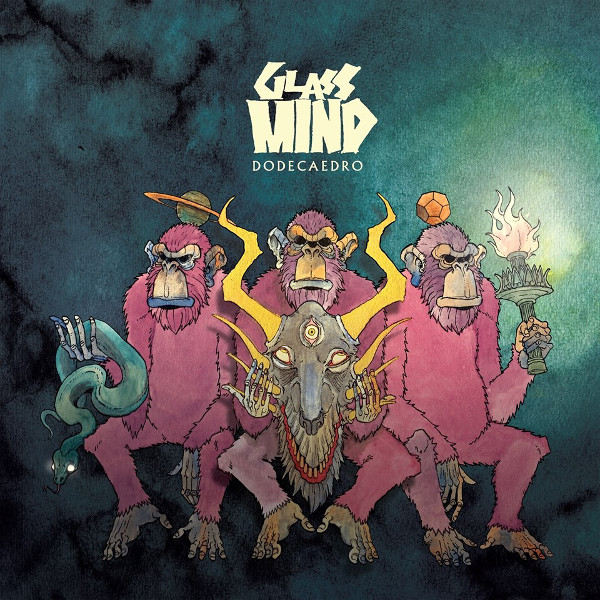 The name Glass Mind conjures images of fragility and even psychological disorders. Nothing could be further from the truth with this instrumental progressive metal foursome from Mexico City. Their new ablum Dodecaedro, Spanish for dodecahedron, a geometrical solid with twelve flat faces, was released in Europe on May 5, 2017 and now in North America on September 8, 2017. Dodecaedro is a carefully constructed concept album of nine instrumental tracks, each representing a different element of nature: earth, water, fire, and air. In addition the odd number tracks clock in at 6 to 8 minutes while the even number tracks are in the 1 - 2 minute range. The odd number tracks include Glass Mind’s three singles “Babel” (2015), “Inside the Whale” (2014), and “Detritus.” The other two long tracks are their video single “Fu” and the title track that closes the album. In between are the four short tracks: “Caliente,” “Humedo,” “Frio,” and “Seco.” The five long tracks are incendiary compositions featuring ethnic, progressive, jazz fusion, and heavy metal elements. What I found interesting is that “Fu” did not impress me — it sounds like a harsh sonic attack that is primarily percussive, feeling like an intro that never resolves. Yet it works much better in their video, clearly communicating nature’s different elementals. The four short tracks are entirely different and show a different side to the band and its music. “Caliente” is a calm and melodic jazz fusion guitar piece, “Humedo” with its liquid synths clearly communicates a sultry day, “Frio” is essentially reverbed piano making you visualize dripping icicles, and “Seco” as a wonderful sitar-like sound symbolizing a hot arid desert. Then of course is the Planet of the Apes artwork with two of the apes having pentagonal dodecahedron jewels on their heads. An excellent new release well worth investigating.