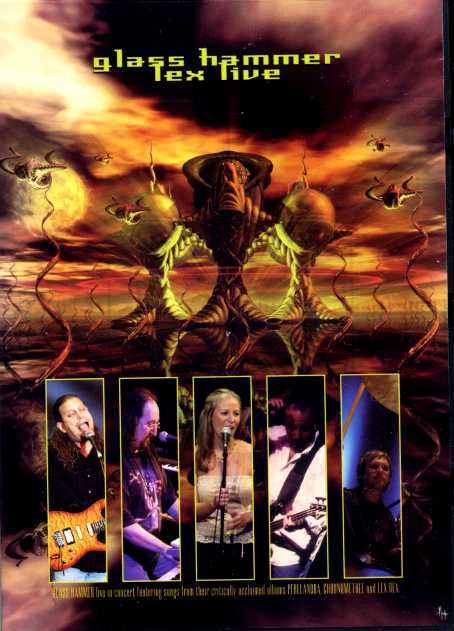 For those of us that have been around a few years, Glass Hammer has been a steady reminder as to the state of the progressive rock genre and musicians’ passions to keep the flickering light alive. Lex Live embodies the live set of keyboardist Fred Schendel and bassist Steve Babb competently rendering their symphonic rock pieces in a small club environment with a six-camera shot that captures all the onstage no-frills performance. At their best the group ensnares the best of Moving Pictures era Rush with an evangelic slant that works fairly well given the band’s live persona. Guitarist Bjorn Lynne is the focal point as he gets a few up front chances to interject feisty solos into the busy fray. Also for the live gig a three piece female vocal choir is used sparingly to flesh out the songs since the group is still primarily instrumental. An unusual special feature of the DVD is some behind-the-scenes footage of a spontaneous unplugged hotel room performance filmed by hand held camera. Surprisingly it comes off fairly well given the unlikely premise of the performance. Highlights of a press party and the pro-shot video for “Tales of the Great Wars” are also included as a bonus with Schendel’s proficient lead guitar playing. Since most of us are pretty unlikely to see the band without doing some travel, this DVD serves as an accurate representation of a cult band who may yet find a wider audience.