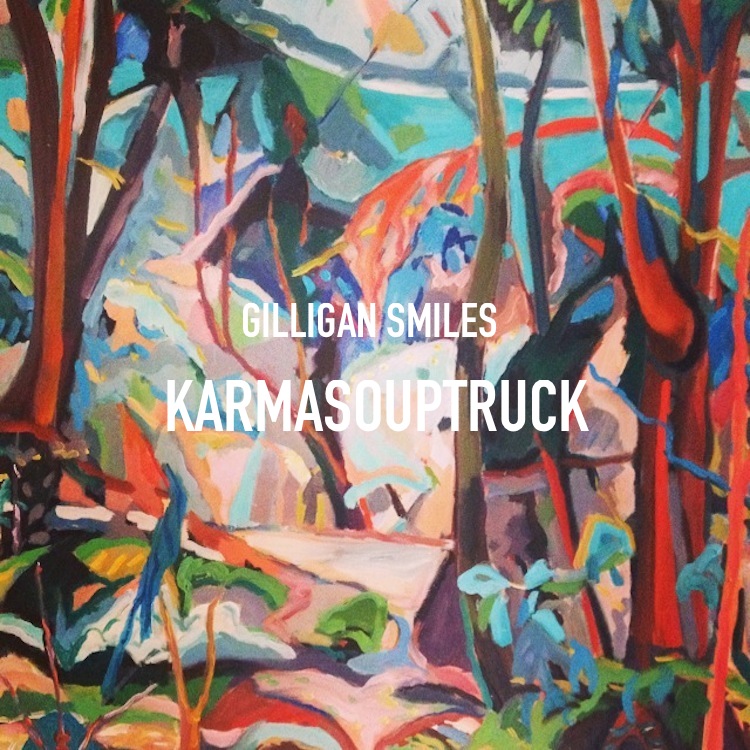 Back in the 60s, when psychedelic rock first came on the scene in England and the US, it wasn’t long before bands all around the world joined in, though it’s only now, with the proliferation of compilations such as Brazilian Guitar Fuzz Bananas, Those Shocking Shaking Days, and Cambodian Psych-Out, that the rest of the world is becoming aware how universal the phenomenon was. The surge in interest with obscure psychedelia from the past has been accompanied by a resurgence in contemporary artists in the genre, as evidenced by all the great releases we’ve covered from Fruits de Mer, Cordelia, Mega Dodo, and other labels. Maybe there have always been psychedelic bands toiling away in obscurity and they’re only now coming to light, or maybe it is a recent thing — in any case, this Australian band are an excellent entry into the fray. They’ve been around a few years now, and their earlier recordings are described as “lo-fi,” but Karmasouptruck is certainly not lo-fi. It sounds really good, with all the fun parts of psych rock in abundance — the effected vocals, backwards sounds, fade-out / fade-in endings, tremolo guitars — without sounding merely derivative. To operate in this area and sound fresh while utilizing tropes from decades past is to court disaster, but Gilligan Smiles pulls it off. This is largely due to the quality of the songwriting. Most of the tracks are on the shorter side; not long jams that get tiresome, but concise tunes that breeze in and bounce along, then stop before boredom can set in. Virtually every song is a winner, and it’s hard to pick favorites. In addition, it must be mentioned that Karmasouptruck is one of the greatest titles ever. Bravo, Gilligan!