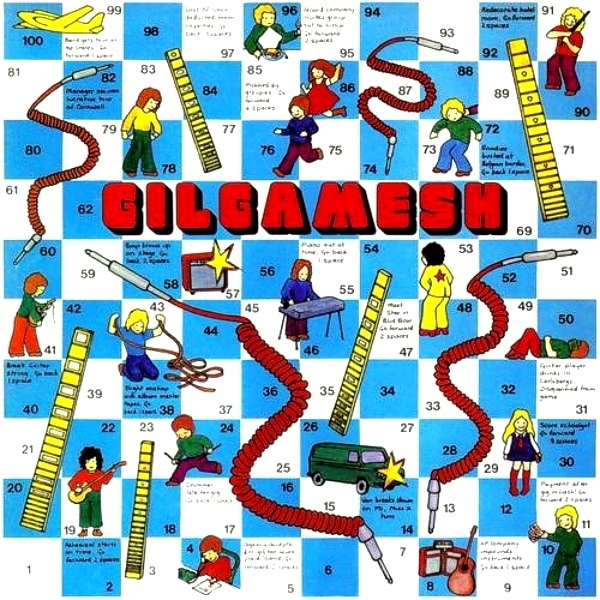 I hate to admit it, but this is one English import LP I just plain loved for the album cover alone, an amusing rock 'n roll version of the children's game Snakes and Ladders (e.g.— "Guitar player drinks 10 Carlsbergs. Disqualified from game"). But it's great to see the last missing link in the Alan Gowen catalog re-issued from Virgin UK. Originally on subsidiary label, Caroline, the first album by this unique Canterbury fusion band is a quiet but subtle gem. Although keyboards (electric piano, Minimoog, Mellotron, clavinet, and acoustic piano) are a bit dated, Gowen shines as key arranger, composer, and player in this understated 37-minute album which also boasts future National Health alumni Phil Lee (guitar) and Amanda Parsons (vocals). Eight multi-part (and oddly named) tracks are on this disc (produced by Dave Stewart), all of which are instrumental, intriguing, and wonderful. "One End More / Phil's Little Dance / Worlds of Zin" (the album's lead track) features a dizzying set of counterpoint keyboards and electric guitar that transitions into a somber restrained Lee solo with a superbly sympathetic piano accompaniment. Nearly all songs are by Gowen excluding Lee's group contribution, "Worlds of Zin," and his solo guitar piece, "For Absent Friends." "Arriving Twice" is included here in its original form as a bright, upbeat piece when compared to the eulogy version re-done on National Health's DS al Coda. I can't praise the merits of this disk highly enough since they will come to you in time with repeated listenings! Don't hesitate to track this down before it drifts out of print again!