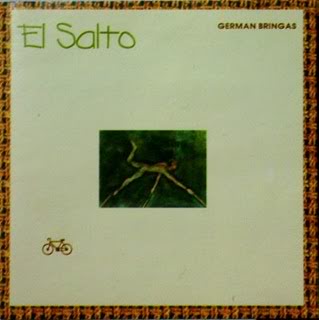 Bringas is a Mexican multi-instrumentalist operating along the experimental / jazz / new world music axis. El Salto is the latest of several albums, and is a solo project in the truest sense, as Bringas plays all the instruments, and adds vocalizations on a few of the album's twelve tracks. Most of the numbers feature saxes (soprano and tenor) in conjunction with piano, synths, percussion, and odd instruments like the Jews' harp on "Levantante y Anda." There are no drums, per se, and the music here is not particularly rhythm oriented, finding its home in more ethereal avant and jazz realms. Perhaps one of the most interesting pieces here is "HIPO," essentially a nine minute piano solo that ebbs and flows through delicate modal landscapes; perhaps equally important to what is played is what is not played, where the mind fills in the gaps. On others, like "Mirada al Centro," soprano sax fills in a strong melody line over drifty piano wanderings. This is generally quiet and introspective music that reveals its subtleties only after repeated listens.