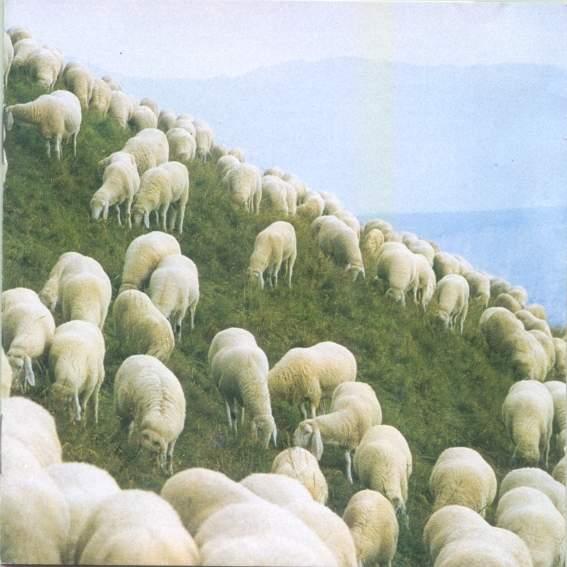 One of the better of the new Italian progressive bands, their eponymous debut just escaped the second part of our "New Italian Progressive Rock Scene" overview back in issue #4. So with the release of their second album, we'll take the opportunity to offer a proper introduction to their first.

Using a five-piece lineup of guitars, bass/guitars, keys, drums, and winds/voice, their style is a varied mix, definitely rooted in the classic seventies Italian sound, but with the modern nineties instrumentation playing a significant role as well, including up to date production techniques. Flute and Hammond organ play a big part in their instrumental approach, which seems to be mildly influenced by both VDGG and early KC, though their interpretation, as was the case with PFM, is uniquely Italian. The first album has more than its share of great moments, including the tracks "Los Guardo Nello Speccio," "Soffi Sonori," and "Il Mago," all being especially worthy of note. The only negative one might cite is flautist Toniolo's voice, which at times seems a little underpowered, but not enough to detract from the album's overall strength. Lyrics are in Italian.

Two years later, with some changes in the lineup, Germinale is back in full force with an outstanding follow up. All the best aspects of the first album are amplified here, and most noticeably the compositions are more sophisticated and developed, some involving many parts and numerous changes. New keyboardist Andrea Moretti seems a lot less reliant on Hammond, and integrates more acoustic piano into the instrumental mix, giving some of the tunes a distinctive jazzy feel. New guitarist Lazzara isn't afraid to show his chops either, offering a slightly more funky approach with a touch of psych influence at times. He also shares the vocal duties with Toniolo, each singing on the tracks that they can handle best. In all, the album is nothing short of a full-throttle smoker, and one that I can wholeheartedly recommend to all.