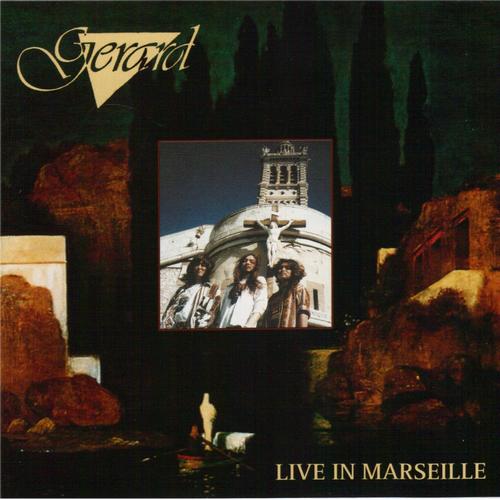 Ladies and gentlemen, please fasten your seatbelts before pressing PLAY. Live in Marseilles - Battle Triangle captures the band live in France on the fourth of June, 1998. Gerard deliver an intense, relentless, and downright smokin’ brand of instrumental music. Take ELP and Ars Nova, swirl 'em together, and you get Gerard. And yes, I did say instrumental: Robin Suchy, the singer no one liked, has moved on. Personally I didn’t mind the guy; having vocals can break up the relentless pace of this music. Keyboard virtuoso Toshio Egawa fronts Gerard and is Wakeman and Emerson delivered with a Steve Vai exuberance. His fingers blaze over the banks of keyboards, both in front and behind. He also steps out with a portable unit for some serious rock “posing” with the bass player, Atsushi Hasegawa. Toshio isn’t the only excellent musician here: Atsushi is a superb bassist (think Jeff Berlin and Jaco Pastorius) and the drummer, Masuhiro Goto, completes the triad of first-class musicians. Gerard are comparable to fellow countrywomen Ars Nova, except Toshio is a better composer than Keiko Kumagai. Gerard compositions cover a bit more ground, and their arrangements are fuller. They can even take it down a notch, but they don’t do that much. Battle Triangle is like a freight train. The band rolls through some of their better numbers here: “Chaos,” “Meridian,” and “Pandora’s Box.” There’s even a short instrumental version of “Freedom.” This performance also includes a song from the upcoming Keyboards Trio Tribute - Keyboard Triangle album, an all-covers album which features Ars Nova and Gerard. They play Banco’s “La Conquista della Posizione Eretta,” which is fitting since Gerard seem influenced by 70s Italian bands. Needless to say, Gerard are all over it. If you've yet to listen to this Japanese powerhouse, now is the time.