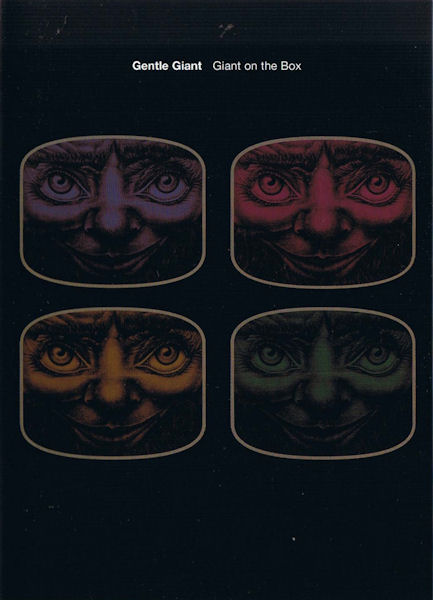 The first Gentle Giant DVD is a revelation to fans of the seminal 70s progressive rock act. The DVD has been assembled from the best sources available to create key time-slices into the band’s much-lauded live prowess. From the minute you hear Kerry Minnear’s new introductory music to the different chapters, it’s clear that this is a high-class job. The first fifty minutes of the DVD are devoted to a live television performance circa The Power and the Glory era for a stunned German audience. The quintet opens with “Cogs in Cogs,” and there’s no looking back as they wade through their typical set list. Also included is a blistering “Excerpts from Octopus” with lots of close-up shots of each member in the percussion section of the piece. The version of “The Runaway/Experience” shows the band at their hardest rocking and lots of odd close-ups of drummer John Weathers. The best video quality is afforded to four pieces from US TV in 1975 during the same tour with the best live version of “Funny Ways” I’ve seen (complete with a different extended Minnear vibes solo). Extras on the DVD include some footage of a rare Italian interview and a Gary Green/Weathers live duel in Germany that is surprisingly enlightening. Plus over thirty pictures from Green’s private collection of studio photos are included in browseable format. The companion CD features the complete first German show from '74. This is simply the band’s definitive live visual record and worth your hard earned dollar to track down and purchase.