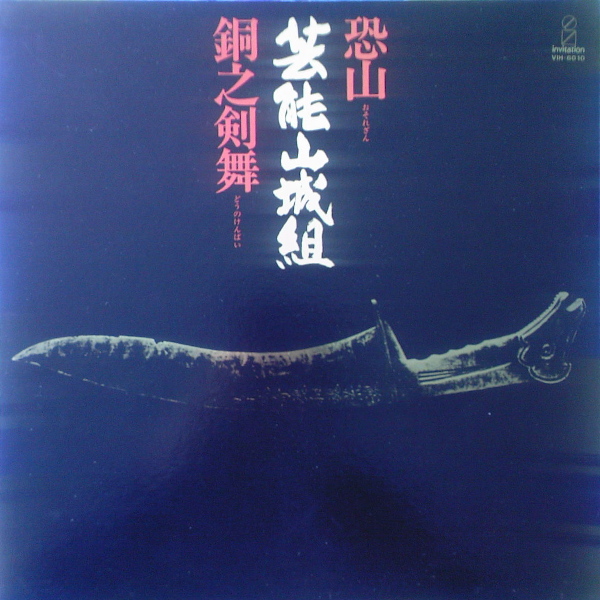 Geinoh Yamashirogumi, also known as the Yamashiro Group, is a Japanese choral group made up of amateur musicians who are a remarkable ensemble and perform the distinctive, compelling, and fantastic music composed by the director and founder of the ensemble, Shouji Yamashiro. No Handel choruses or Negro gospel songs here — Geinoh Yamashirogumi is utterly unique and quite fantastic. Originally, they performed various types of world music, including Bulgarian women’s choral music, which has been popularized by the Le Mystere de Voix Bulgare series of recordings. They have also performed Indonesian, Japanese, and African musics, among others. But where they set themselves apart are in Yamashiro’s compositions. Clearly inspired by non-Western cultures, they range from the exotic to the otherworldly. “Osorezan” is a brilliant 20-minute opus that amounts to a progressive suite that is on the order of a “Close to the Edge” or “Tarkus,” but in a style all its own. It begins with a blood-curdling scream by one of the women in the group followed by some monumental sounding drums. The piece then builds slowly with an instrumental prelude that gives way to bizarre vocalizations, including whispers, sighs, oscillating vocal glissandi, moans, and shrieks, and a traditional Japanese style female vocal solo. Fleshed out by a rock ensemble, there are extensive passages for solo guitar, with a decidedly psychedelic flair and style, broad swaths of Mellotron-like synthesizer tones. The piece has a frenzied climax with its chanting, hollering and screaming chorus and frenetic, chaotic percussion and drumming followed by a long, droning serene postlude for female voices and delicate percussive punctuations. “Dounokenbai” is an equally unique and inventive work, combining the sounds and style of traditional Japanese music and Indonesian music, including the famous kejak or monkey chant. While in no way is it progressive rock, it is undeniably progressive music that is quite marvelous. Though difficult to find, the adventurous listener with ears wide open will find this to be a musical sojourn that is enormously satisfying