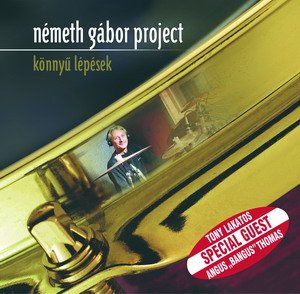 Németh is a Hungarian drummer and employs a large number of sidemen on this collection of ten tracks on the Periferic label. The music here is post-bop, or whatever one wishes to call music with a hard bop sensibility but the presence of guitars and keys. Lots of sax on this release, and sax unison lines tend to take a lot of the melody. The best part of this release is Németh, a powerful drummer with a strong groove who reminds me a bit of Tony Williams. The worst part of this release is the soulless soloing and somewhat banal melodic themes of the bigger band pieces. The trio pieces offer more opportunity for interplay, but the frustrating tendency for everyone except the soloist to hold back persists even here. I suspect those who emphasize technique and musicianship in their listening preferences would like this more than I do, and even I can’t deny that Németh is a fun drummer to listen to. The material played could be a bit spicier though.