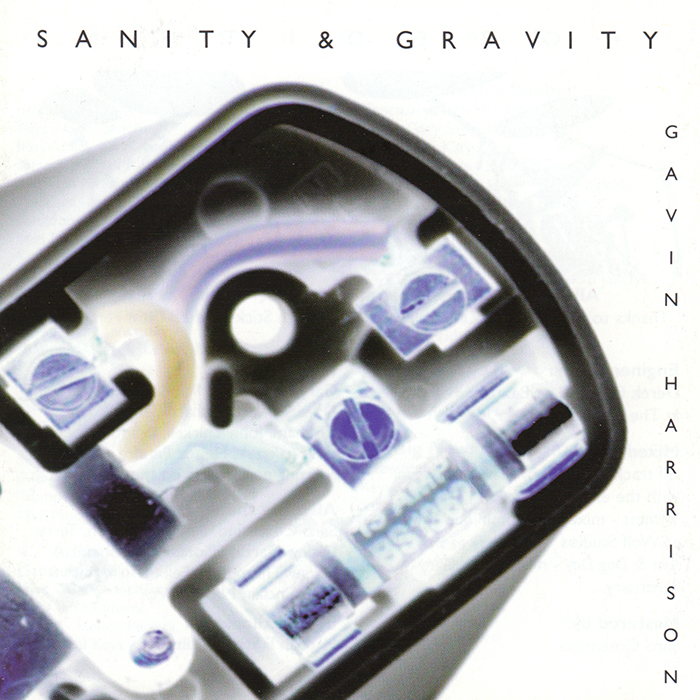 With Sanity and Gravity UK session drummer Gavin Harrison steps up to the lead role with his very first album. Harrison is known for accompanying many divergent artists such as Iggy Pop, Level 42, Kevin Ayers, and Italy’s Cladio Baglioni, with whom he is now still closely associated. The percussionist is also an astute teacher, having written two accredited books on drumming and percussion, Rhythmic Illusions and Rhythmic Perspectives. His album begins with opening track “Aim,” which is a prime indicator as to what to expect; imagine L. Shankar playing with Weather Report circa Black Market. The track blends Indian, jazz, and crafted pop themes initially developed by the fine, but much ignored Dizrhythmia project (of which Harrison was a member with upright bassist Danny Thompson and vocalist/guitarist, Jakko). Key contributors include Sultan Khan on sarangi and Ian Kirkham on ewi as well as “Mr. Wobbly Bass,” Mick Karn, who injects his rhythmic statements on four tracks along with cohort Richard Barbieri. Harrison’s own drumming skill across the disc is of very high caliber, much in the vein of Stewart Copeland, Bill Bruford, or even Return to Forever’s Lenny White. Dave Stewart makes an overdue appearance on two tracks which close out the disc, “Sonata in H” featuring mostly jazz piano and “Big News for a Small Day.” “Witness for (Bobby) Harrison” is the lone passive ballad on the disc which is carried by the urgent vocal of Sultan Khan and trumpet of John Thirkell. The disc is a fine extension of a unique hybrid jazz style.