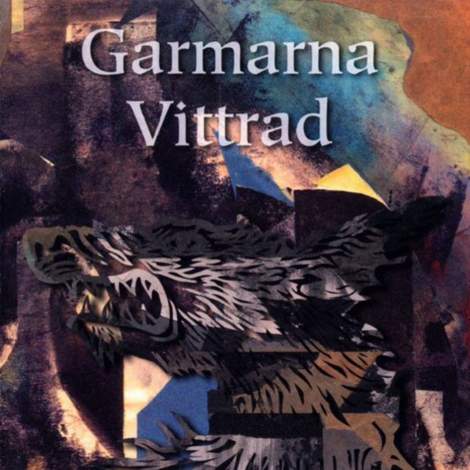 Garmarna is doing its part to bring Swedish traditional music into the modern age, coupling the medieval sound of droning fiddles and folk melodies with energetic drums, electric guitars, and modern production for a unique sound. In some ways, they remind me of a Scandinavian version of the Oyster Band, though less pop oriented. For the most part, violins (played by three band members!) and acoustic guitars (assisted by bouzouki and lute) dominate the sound, with drummer Jens Högland propelling the band with throbbing toms. Swedish violin playing has a very fluid style, almost bagpipe-like, much in evidence here. The pervasive use of Jews harp for rhythmic accompaniment could spell disaster, but somehow provides a fitting bounce to the music. The female vocalist, Emma Härdelin, has a strong, almost-shrill voice that carries over the lush instrumentation well on the five tracks with lyrics (all in Swedish). The album flows well, featuring brief interludes, some vocal, some instrumental, between the major pieces. One of my favorites is the suite made up of "Flusspolska," a short bouzouki/hurdy-gurdy duet with droning background which builds into the intense "Antioka," a rousing minor-key stomper. The disc's finale is equally impressive. "Klevbergselden" starts with a low ominous drone and distant thundering drums (rather like Peter Gabriel used on Passion) which grow in intensity until a grand crash brings in chunky drop-D electric guitar with an almost death-metal sound topped by eerie echoes. Later, acoustic instruments add a folk-inspired melody above the pounding beat. It's very rare to find music of such power unmarred by clichés, but Garmarna have something completely their own.