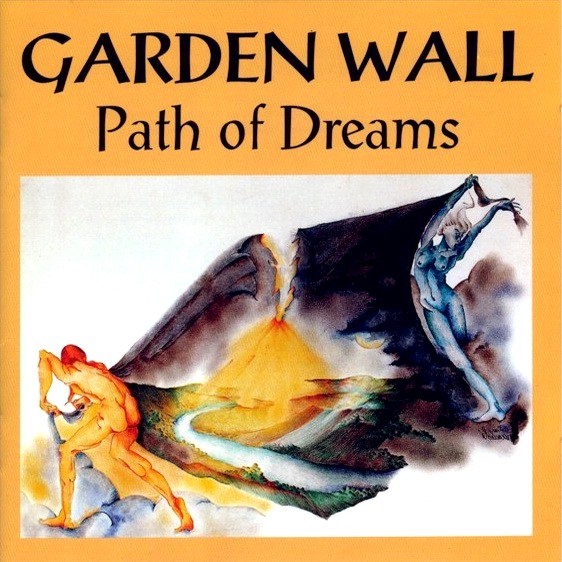 After a rough, albeit promising debut, Principium, last year, I was surprised to find that this — Garden Wall's second album, delivers on most of those promises. For sure there are still some rough edges, especially in the vocal department, but for the most part this is powerful progressive rock, gripping and energized, full of metallic eccentricity and lush symphonics, spirited and dramatic. This is the good stuff. Garden Wall is now essentially a duo of Alessandro Seravalle (vocals, guitars, bass, keys) and Mauro Olivo (keys), with drums by Thomas Schaufler — although Schaufler manned the kit on their last outing as well, I assume he's not a full fledged member since they neglected to put him in the band photo. Their music is a metalloid-classically influenced symphonic prog with some folk influences; not an easy one to draw comparisons to, although if pressed I would describe them as Tale Cue meets Asgard with a touch of Van der Graaf Generator, and a sharp metallic edge. They are definitely neo-prog, but not in the conventional sense — whatever influences may have come from Genesis or Marillion are now well assimilated and there are few obvious traces that are identifiable. Most of Garden Wall's music is not dizzyingly complex, yet the arrangements tend to be unusual and interesting, at times twisted and sinister. Path of Dreams is a concept album dealing with subconscious forces, the lyrics are fairly cryptic, and sometimes a bit hyperpoetic, for example: "Hate is magma in deflagration / Bursting out in my contracted viscera / Rage's a blustering storm which consumes the face of God" (from the first verse of "Kaos — The Dream of Hate"). The vocal tracks are replete with lengthy instrumental passages, and four of the album's eleven tracks are purely instrumental, the whole thing clocking in at slightly over seventy minutes. But it was Seravalle's vocals that initially put a damper on my enthusiasm, sounding a bit like a rough, throaty Peter Hammill, actually not a bad singer at all, but he does take some getting used to. In the end, the brilliance of the music overshadows any shortcomings in the vocal department. Overall, I can sum this one up in a single word: Tasty... Recommended highly, especially to fans of bands like Asgard, Calliope, Ezra Winston, even Dream Theater — yet there's a whole lot more going on here than these comparisons might lead one to believe.