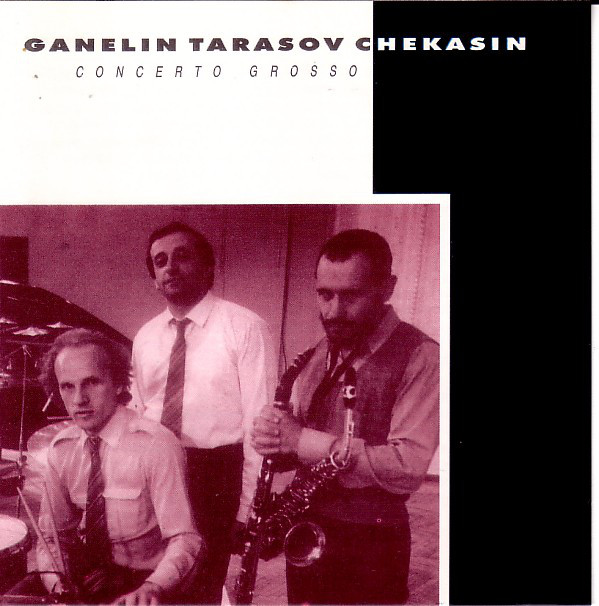 My first impression of this Russian trio's single, long improvisation (nearly thirty-five minutes) was that this was some vile attempt to do an Irish jig, using recorders and ocarina to begin the piece. I was incorrect at that base assumption: these players are much more than your average free honking, squawking, chaotic jazzers. Each individual player has something to say in direct line with the other two players who are jointly listening and interpreting direction simultaneously. In other words, we get to hear art, not jazz, which makes this disc such a fine, rare discovery. The group is comprised of saxes, bass, and drums with some use of percussion. There is some very subtle cymbal work by drummer Vladamir Tarasov that's easy to pick out. The atmosphere of the piece is one of dynamic control and restraint — knowing when not to play as well as when to interject. About 15 minutes into the track we encounter a direction change, a kind of going south where saxes add some rhythmic punctuation along with some whimsical giggling to lighten things up. At 19 minutes, it has meandered to a piano-based motif which the group seems to take to in a Soft Machine style frenzy. The piece was recorded in 1980 and, according to Alexander Kan's liner notes, it was surprising that the recording was ever released. It can be credited to the aggressive desires of the trio's management that 'alien' music ever reached the light of day. This disc typifies the impassioned love of Russian musicians for free musical expression.