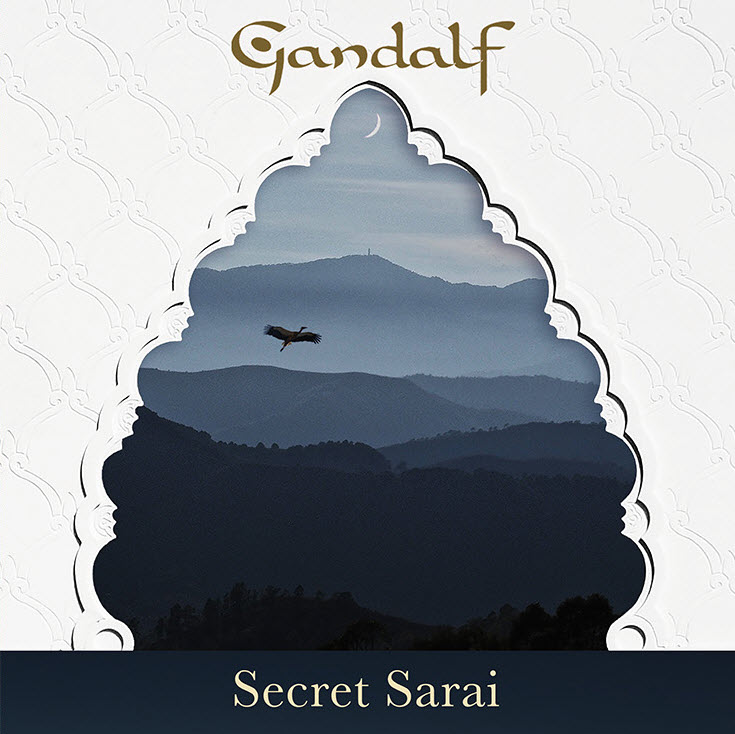 In the years before Exposé, Austrian multi-instrumentalist Gandalf (real name Heinz Strobl) released an impressive series of albums beginning in 1980, beautifully orchestrated instrumental LPs that combined various elements of gentle folk, classical, meditative, electronic, and new-age (whatever that is…), which were summed up succinctly in a couple of CD compilations: Fantasia (1987) which recapped material from his first five LPs on the WEA label, and Reflection (Masterworks 1986-1990), which summarized his output for major label CBS, a more electronic symphonic period than the earlier period, though no less engaging. Later, in the mid-90s Gandalf hooked up with the Dutch SI Music label for an album with singer Tracy Hitchings (of Strangers on a Train) for an album that was truly disappointing, which is the point where I lost interest in his work. There have been 16 more albums after that, none of which I have heard until his latest offering, Secret Sarai, his first new release in three years, released earlier in 2020, and is ample evidence that Gandalf has found his way back to the beautiful style of music he created in the early 80s, a rich fabric of meditative sound, now with additional folk and Eastern influences. Throughout, Gandalf plays acoustic and electric guitars, zither, mandola, piano, keyboards, orchestrations, and percussion, with numerous guests helping out on this track or that, including vocalist Eva Novak, Peter Aschenbrenner on bodhran and Irish whistles, Nikki Eggl on Irish whistles and nyckelharpa, Christian Strobl playing udu and darbuka, cellist Marike Hilmar, and violinist Theologos Michellis. There are six pieces in all; several are suites divided into two or three parts. Novak’s wordless vocals feature on several, but most impressive are the opener “Bound to Live Free” (also released as a single) and the stunning two-part “Road to Awareness,” where multiple layers of voice enrich the background fabric of the piece. I can’t say where Gandalf has been for the last 25 years and 16 releases, but for Secret Sarai he has come full circle and arrived back at a place where his muse first emerged. Beautiful sounds all around.

Peter Baumann Remembers How to Be Cosmic