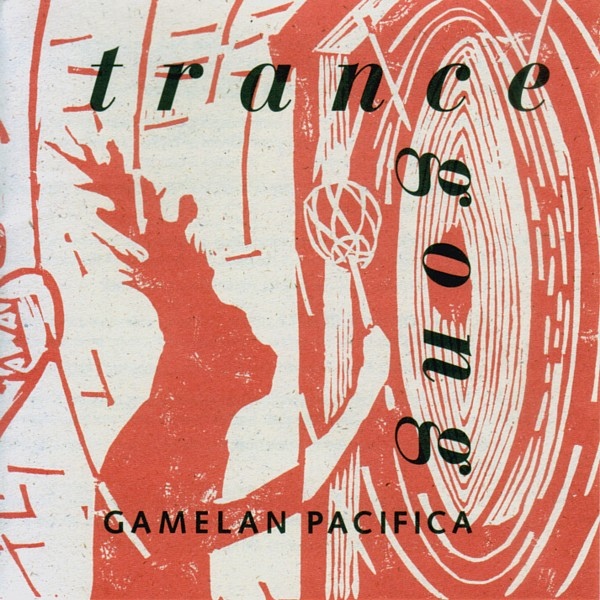 Based in the Seattle area, Gamelan Pacifica is a group of musicians in residence at Cornish College of the Arts. Their music – while not strictly traditional in itself – uses the traditional instruments of the Indonesian gamelan orchestra: gongs, chimes, metallophones, flutes, and so on, in ways that are very faithful to the spirit of that tradition. Tuned in different scales than Western music, the interlocking rhythms produced by the multiple metallophones and tuned percussion work in varying repetitive cycles. The overall style tends to be reminiscent more of the music of Jogjakarta, in central Java – a quieter, more relaxing form than the better known – and more aggressive Balinese style. Indeed, the instrumentation is quite different, as well as the way it's played (orchestra configuration and the accompanying theatrics and dance). The compositions draw from a variety of sources, and are written by several different members of the group. In general, the trance in the title fits the music suitably – this is great music for relaxing, yet at the same time it's energetic and interesting enough to hold ones attention for the duration. An outstanding release, and one that might be a suitable introduction to the gamelan for the uninitiated.

A Triggering Myth - Forgiving Eden – For their latest effort, keyboardists Tim Drumheller and Rick Eddy present a single suite divided into eight parts, sometimes with no break between them. Part one starts quietly with a slightly jazzy,...  (2003) » Read more