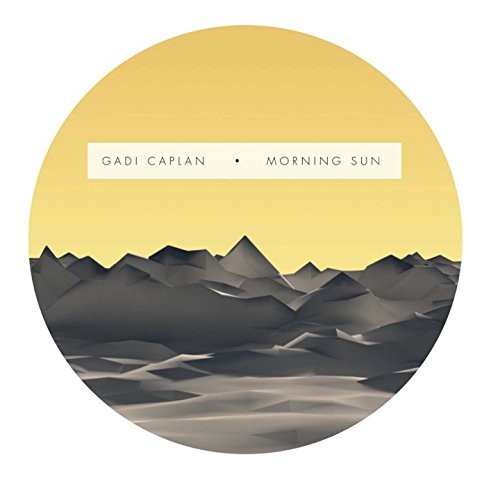 The last time I heard a release by this Israeli born Brooklyn NY based composer and multi-instrumentalist was his excellent 2011 release Opposite Views. Why it was never reviewed in these pages probably has more to do with the fact that our final printed edition had flown, and our new website was still under construction at the time; certainly nothing to do with the quality of the production, although to be accurate, his latest Morning Sun is a very different from that one and represents a big leap forward in all respects. The eleven tracks here represent a solid cross-section of Caplan’s numerous influences, which include jazz elements, classic progressive rock, psychedelic approaches, traditional Indian music, folky touches, and intelligent pop from the classic era. Most of the tunes herein were composed and arranged by Caplan in collaboration with singer and composer Danny Abowd, who handles all of the lyrics, vocals and vocal arrangements here, all superb, and was also a member of Caplan’s band The Weeping Willards. Caplan, for his part handles guitar, bass and synths, as well as the arrangements and production, while Willards’ bassist Jesse Gottlieb handled the engineering and mixing duties, as well as adding some backing vocals and trumpets. Other musicians feature on drums, strings, saxes, keyboards and bansuri flute. There are numerous highlights here, including the breezy “Island,” “Vivadi Swara,” which opens in a meditative mode and follows with an catchy uptempo acoustic driven tune with beautiful electric leads, the imagery driven “The Other Other Side,” the unforgettable title track featuring bansuri flutes flying over a bed of acoustic guitars, and the two instrumentals that open and close the album, “Hemavati,” and the ten-minute four-part epic “Lili’s Day,” but to be fair there isn’t a dull moment to be found anywhere on this disc. In many ways, as I listen to this I am often reminded of the late great Duncan Browne circa his 1973 self-titled album, or even a bit of Nick Drake. This is a definite grower; the more one listens to it, the more one will enjoy.