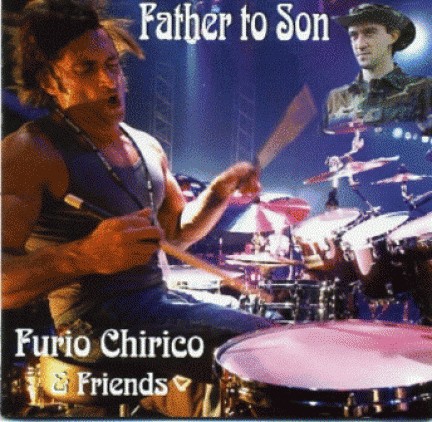 This could be almost any album in a lot of respects except one – the drummer is Furio Chirico, and this is his concept album dedicated to Chirico’s son Stravos (who died in 2005). Most of the album was written and performed by past and present members of Arti e Mestieri, and the additional performer list is a who’s who of Italian progressive rock and jazz. The writing here is heartfelt, with lyrics written by Stravos (in Italian, with English translations included in the CD booklet); additional lyrics were written by Giuseppe Bovello. Most tracks are instrumental, although the last track on the CD features synthesized voices – they’re interesting and attention getting. There are a lot of beautiful passages here, and this is the kind of album that grows on you over time. Some tracks are rock, some jazz; there are lovely synth lines, subtle guitar work and great saxophone solos — and drums. Arguably one of the finest drummers on the planet, Chirico can play anything with intensity and incredible precision. He makes even the most difficult rhythms and riffs seem basic, and his drumming ranges from delicate to driving, complex to subtle, and always virtuosic. As you might expect, the drumming frequently takes the lead and provides musical complexity in the compositions, but Chirico’s drum set is always just right in the mix, never overpowering whatever else is going on musically.