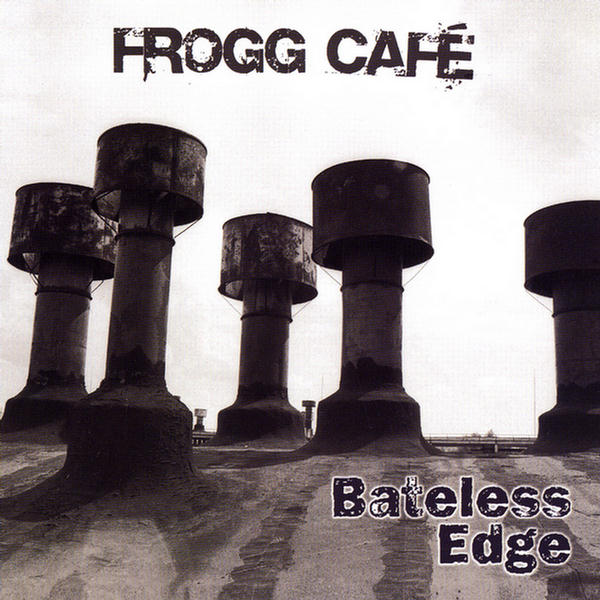 New York’s Frogg Café has released one of the most interesting albums of the year with Bateless Edge. This is a 77-minute CD with eight songs ranging from five to 14 minutes, three of which comprise a 20-minute suite. The first track, "Terra Sancta," is a driving jazz rock number that features guitar and Indian instruments, such as tabla, tambora and Indian slide guitar. One immediately knows that the journey through this album is not going to be easy (or normal). Once the vocals start, you can see the obvious Zappa influence. "Pasta Fazeuhl" is a fourteen minute tribute (sort of) to Magma. The song was started in 2003 after the band saw Magma at NEARfest. Left on the shelf for awhile, it was reworked for this album. The tune is a ragged, irregular journey with plenty of left turns to keep the listener interested and involved. The longest track on the album is "Under Wuhu Son," which is a three-part odyssey running a little over 20 minutes long. A very personal song to the band as it deals with the adoption of a young girl from China. A very baroque start to the piece with understated vocals before going into the second section of the suite which, to me, feels like a really obtuse King Crimson tune on acid. A very emotional song and the definite centerpiece of the album. Two more long (over ten minutes) songs end the album: "From the Fence" is a ballad dealing with alienation and pain; the album ends with "Belgian Boogie Board," a fast-paced romp through the Zappa forest of marimba inspired music. From start to finish this is a great album.