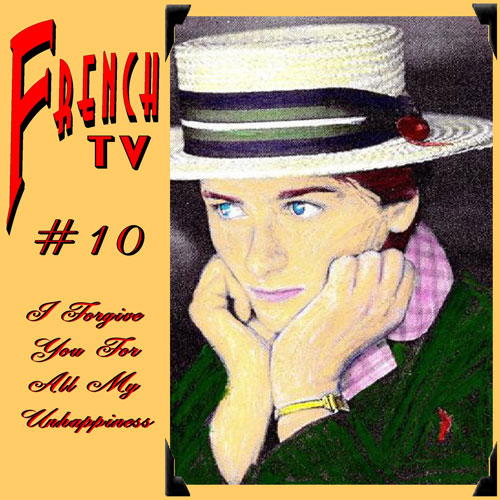 This is the tenth album by bassist Mike Sary and company, which this time (for the most part) includes ex-Boud Deun / current Prester John guitarist Shawn Persinger, drummer Jeff Gard, Adam Huffer on saxes, and Steve Katsikas (Little Atlas) here handling the keyboard duties, although it looks like a couple of the album’s six tracks involve musicians from older and interim FTV lineups, which leads one to suspect this album evolved over a longer period of time. No matter, this is Sary’s baby beginning to end, and everything here bears his compositional stamp and proclivity for complex wandering arrangements. I’ve listened to this at least half a dozen times now, and nothing sticks in my head after the player stops, but I always enjoy all the musical gymnastics, digressions and constant meandering while it’s playing. So in that respect, I Forgive You… is similar to the previous four or five FTV releases, and longtime fans (self included) will find plenty here to like. Around the time one starts feeling lost in all the cerebral complexity, a measure will actually repeat once or twice, reminding the listener that most of what’s here is pretty much void of any predictable patterns or ‘groove.’ It’s an all-instrumental workout, with a few of the usual goofy song titles (why break with tradition now?), extraneous rambling liner notes, but no cover tunes this time out. Another fine effort from French TV.

Qoph - Kalejdoskopiska Aktiviteter – I don’t know if Qoph is Sweden’s answer to Finland’s Five Fifteen, but there are at least superficial similarities (perhaps augmented by the fact that I received this disc on the same day I got...  (1999) » Read more