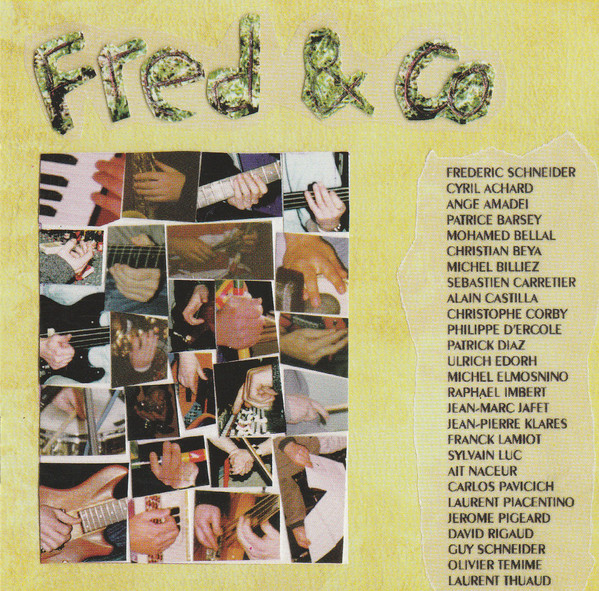 So who is this Fred guy, anyway? One glance at the cover and one can see the long list of French jazz-rock session men who worked on this release (most of whom are unknown to this writer...), almost a completely different lineup on every track. Fred is one Frédéric Schneider, bassist and composer, the sole unifying thread throughout this most diverse jazz-rock/fusion release. Some might be getting the idea that this is jazz-rock in the zeuhl sense, like Zao, Transit Express, Speed Limit, and so on, when nothing could be further from the truth. In fact this album covers all kinds of territory, from highly melodic tracks like "Mea Culpa," to the funk-based "Teen Town," to the American fusion styled "Fusion Typ," to a few numbers that approach the Canterbury sound, ethnic realms, calypso, avant and chamber jazz (a descriptor that might apply to a track here titled "D'Accord"), this is an album that's all over the jazz-rock stylistic map, but zeuhl it definitely is not. Indeed there's a lot here to get excited about, 22 tracks worth in fact, but because it's so diverse, it'll probably take a few listens to sort everything out and find the reference points. Still, it's a solid album beginning to end, definitely one that's worth the effort to get to know.