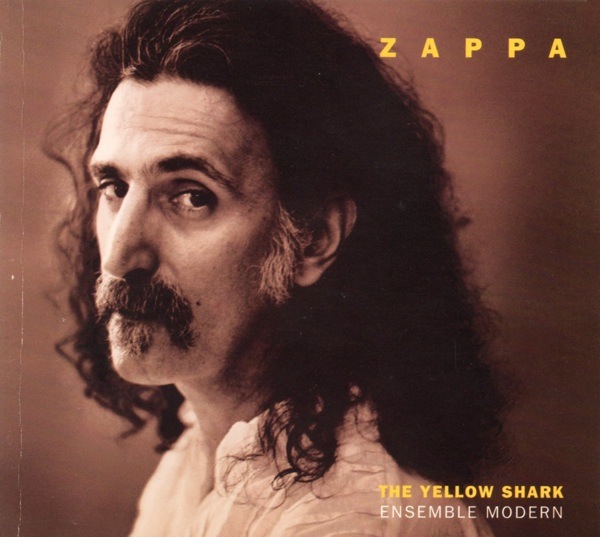 One of Zappa's complaints through the years was the difficulty of getting an orchestra to play his pieces the way he wanted them to. Enter the Ensemble Modern, a Frankfurt-based, self-sustained group dedicated to performing modern classical music. In classicisizing some of Zappa's classics, the Ensemble demonstrated their flexibility and Zappa his eclecticism. The disc (which has elaborate packaging, including an enormous booklet) begins slowly with "Dog Breath Variations" and "Uncle Meat," two pieces from Zappa's early career. While they translate nicely to an orchestra, there is very little that makes them stand out. The fact that they are re-worked pieces of rock music is obvious, as they come across as soundtrack music. With "Times Beach II," a turn toward the weird is made. This cut contains the expected Zappa quirkiness, subtlety mixed into an unobtrusive framework. The next tracks, "III Revised" and "Girl in the Magnesium Dress," smack of Edgard Varèse (of whom Zappa was a huge fan). After the angular, percussive "Be-bop Tango," the intricate piano duet of "Ruth is Sleeping," and the violin-dominated "None of the Above," comes another Varèsian piece, "Pentagon Afternoon." Soon after are the spoken-word pieces," Food Gathering in Post Industrial America, 1992" and "Welcome to the United States." Zappa conducts the group through these cuts, as they act out the words in music. The result is an eclectic, humorous amalgam of noise and broken themes. The next three tracks are quirky classical pieces, yet more conventional than some of the previous cuts. The disc is finished off with "G-Spot Tornado." To these ears, it is one of the weaker pieces on the album; while it contains unexpected twists and turns in the middle section, the main theme and the accompanying drum track get old very fast. Although this isn't the best disc for an introduction to the world of Frank Zappa, it does serve as an excellent starting point for the exploration of 20th century classical. On its own, it stands up very well, and is highly recommended to Zappa fans, or anyone with an ear for the experimental.