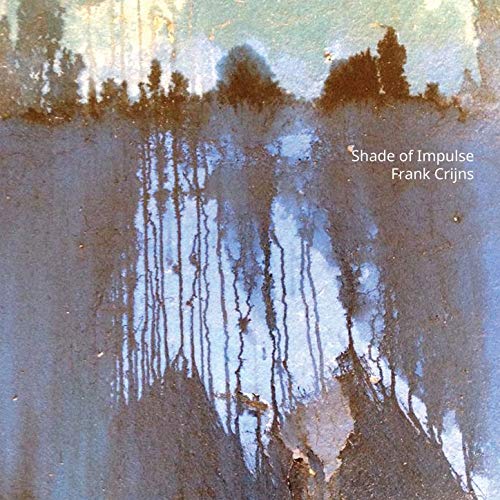 If the name sounds familiar, many will know Frank Crijns as the guitarist of the Dutch band Blast (including Blas4tet and Blast6tet) who released a string of excellent albums between 1990 and 2008, although they haven’t released anything in a while. Shade of Impulse is completely different from his work with Blast but every bit as adventurous, creating sound collages and vignettes from natual ambient sounds and other sources, or n-bient as he describes it, a canvas of mechanical sound-fields, textures, and acoustic ensemble playing. Water is sampled in many forms throughout the album's five long tracks, with the opener and closer (tracks have no titles, just numbers) exceeding the ten minute mark, with the three reamaining being four to five minutes, but length of each overall track does’t matter a lot since each piece is formed of a number of shorter segments that can change at a moments notice. Often one can’t be certain of what they are hearing; the strange sonic collision elements that occupy the first forty seconds or so of the opening track give way to a long protracted chord on a harmonium that lasts for the better part of three minutes, with subtle nuances to keep it interesting, which in turn gives way to some near silence with distant bells, then a short blast of flowing water, then a return to those mysterious sonic collisions that opened the piece, again giving way to a different sample of flowing water that finds itself slowly replaced by a lengthy passage from a classical chamber ensemble, with strange patches of pure silence, it all makes for a truly surreal journey. And that’s just the first cut. It’s strangeness is indeed its beauty, reminiscent of some things I’ve heard on the Cold Blue label, randomly juxtaposed textures and ideas forming a unique patchwork. Don’t even try and figure out the source of these sonic mysteries, just enjoy them for what they are. This is something a listener can enjoy over and over for hours on end.