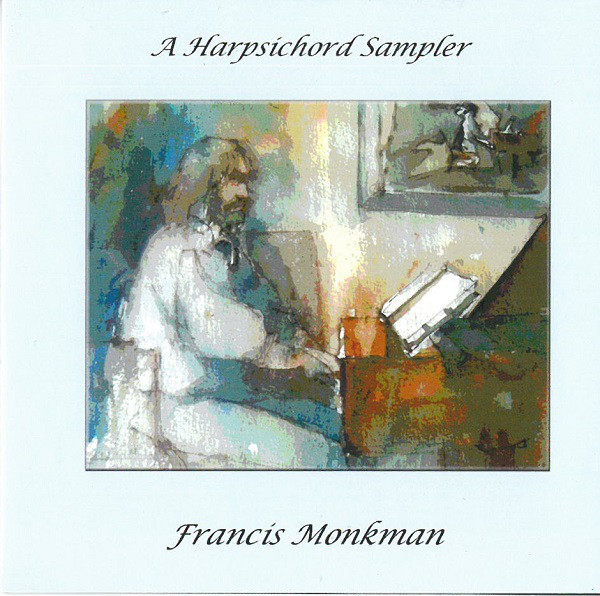 While Monkman may be known to rock audiences for stints with Curved Air and Sky, like many of the keys players in progressive rock, he has an extensive classical background, having come to public notice on harpsichord in the late 60s while attending the Royal Academy of Music. He now returns to his roots, as you might say, presenting a selection of pieces for unaccompanied harpsichord by William Byrd, Jacques Champion de Chambonnières, Jean-Henry d’Anglebert, George Frederic Handel, and Domenico Scarlatti. Note the absence of any composers named Bach. Many of us are used to the sporadic presence of harpsichord (or harpsichord imitations) as accompaniment to delicate passages in psychedelic or symphonic progressive rock, and if you always liked those sections (as I did), it’s nice to have a well-played and well-recorded collection of the instrument’s original repertoire. Certainly there are a number of other harpsichord recordings out there to choose from, but the connection with more modern music (to my mind at least) acts as a recommendation for Monkman. I don’t know how well received his interpretations will be in the classical world, but with my limited knowledge I can say I find him quite enjoyable. His fondness for the material is obvious in his performances, and it is beautiful music.