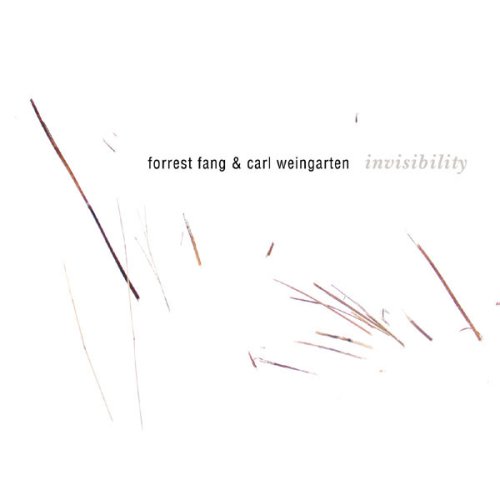 Forrest Fang is best known for his recent works in the area of world music, and Weingarten for his slide and ebow work with resonator guitars (dobro), so initially a collaboration between these two may seem like an odd match, though both have a solid background in ambient musical explorations (Fang’s Migration, and Weingarten’s Living in the Distant Present being world class examples). It is in that background where Invisibility finds the common ground between both artists. The nine pieces herein are formed of carefully layered textures borne of ambient guitar work, loops, delays, electronics and processing, with fleeting melodic elements soaring over the dense atmospheric passages, and little if any overt percussive elements – save some heavily processed gong work here and there, and some mysterious sounds of indeterminate origin. Only a few pieces employ sequences of any kind, and only one piece “Last Run” brings those sequenced elements right out into the foreground where they dominate the mix. Throughout, Invisibility shimmers with warmth, evolving slowly through the fabric of sonic possibilities that are explored in depth within every piece. The salient interplay between all of the varied elements pulls every piece forward as it goes in a true evolutionary fashion, as opposed to just hitting some groove and offering variations thereafter. Both composers are masterful cinematic conceptualists with enough background in this area to truly make this successful on a number of levels.