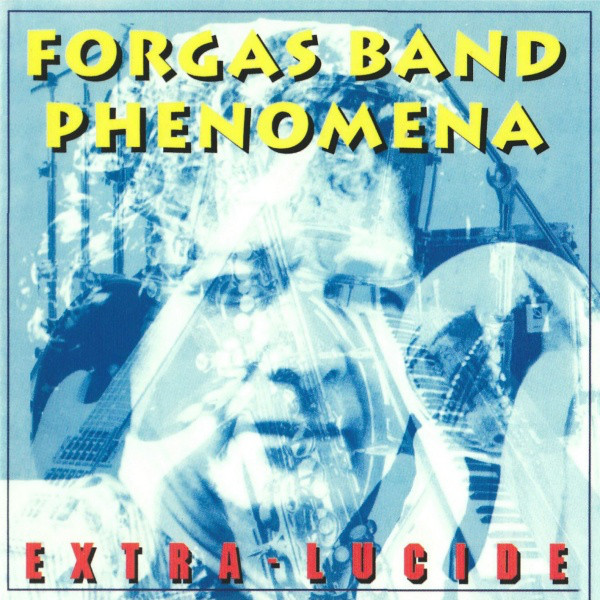 French drummer/composer Patrick Forgas supplied us with the missing link between Canterbury and zeuhl with his outstanding 1997 release, Roue Libre. Forgas Band Phenomena returns two years later with a second release, Extra-Lucide, which is every bit as good as its predecessor. In fact, in many respects the new album is even better, in part due to the new faces in the band. Only guitarist Mathias Desmier remains from the original band, but Forgas has assembled another tremendous cast of players to perform his intricate and constantly evolving compositions. Six-string bassist Juan-Sebastian Jimenez has monster chops with a Percy Jones-like “liquid” sound and he forms a seamless rhythm section with Forgas. Denis Guivarc’h is a virtuoso alto sax player with an urgent tone that figures prominently in stating the leads and also adds a searing edge to his solos. Desmier also handles a significant share of the dual melody lines and his Holdsworth-inspired solos are frequently incendiary. There are five of Forgas’ superb compositions this time around, including one at 20 minutes that shows his mastery of the art of composing and arranging lengthy pieces that are totally compelling. Forgas has a tremendous melodic sense and he beautifully blends tightly composed themes and ensemble playing with inspired soloing to create an ideal balance. The music has an effortlessly flowing feel to it that at times is jazzy but also maintains a distinct zeuhl sound and intensity level. While comparisons could be made at times to bands like Soft Machine, Zao, or Passport, ultimately Forgas has forged a highly original sound that is masterfully executed. This is the second album in a row by Forgas that is a must-have for fans of melodic progressive fusion. It earns my highest recommendation.