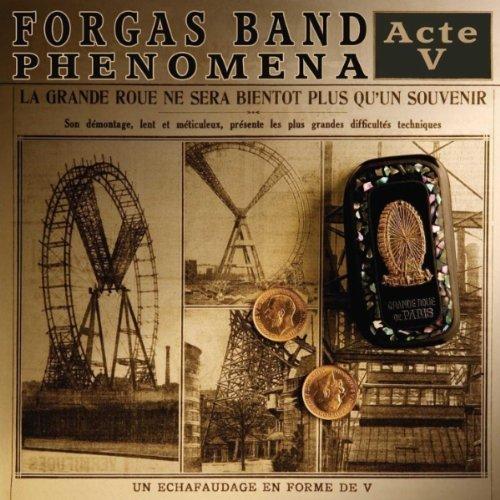 Composer, drummer, and bandleader Patrick Forgas has been performing progressive jazz and jazzrock for well over 35 years. There have been various lineups with the band over the last 15 years. The lineup on Acte V is the same as its 2009 predecessor Axis of Madness (Forgas on drums, Sébastien Trognon on woodwinds, Dimitri Alexaline on brass, Benjamin Violet on guitar, Karolina Mlodecka on violin, Igor Brover on keys, and Kengo Mochizuki on bass). On Acte V Forgas presents another fine set of six intelligent and tight compositions in the vein of Return to Forever and Weather Report. The band plays regularly in France, but in June 2010 they traveled to the US to perform at NEARfest in front of a packed house of 1000 progrock enthusiasts. This concert was filmed and the full 75 minutes appears on the accompanying DVD. So this Cuneiform release showcases the Forgas Band in both a studio and live setting. The live performance features career-spanning compositions from Extra-Lucide, Soleil 12, Axis of Madness, and two early versions of tracks from Acte V ("Ultraviolet" and "Feu Sacré"). The band continues to improve with each release through well thought out and orchestrated compositions. The long compositions allow each musician to stretch and reach new heights without resorting to what sounds like improvisations. So if you enjoy long and cleverly constructed progressive jazz instrumentals, then by all means give this disc a listen.