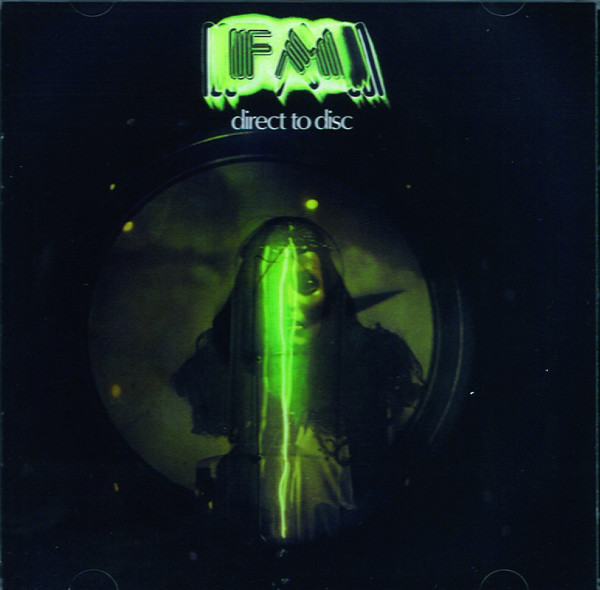 The re-releases of this Canadian trio's albums are long overdue. Seems like some label reissued the debut Black Noise back in the early 90s, but never finished the job. Esoteric has re-released Black Noise, this (the band's second LP) and announced the next two after that. This one is unique in that it was recorded using a direct-to-disc process similar that used in the early days of recording, without the intermediate step of making a master tape. It consists of two long tracks, "Headroom" and "Border Crossing," essentially multi-part suites, mostly instrumental and rife with improvisation; each took up a full side of the original LP (and because of this process, that was limited to around 15 minutes). Original violinist / mandolinist Nash the Slash had moved on with his bandages to a solo career after the first album, and was replaced by Ben Mink, here in his first recorded appearance with the band, joining Cameron Hawkins (bass, keys) and drummer Martin Deller.

I've had the LP of this since the early 80s and have played it 200 times if I've played it once, to the point where I know every little sonic detail. I was surprised that the CD sounds a bit different: "Headroom" sounds fairly close the LP, but "Border Crossing" sounds like an alternate take! The liner notes state there were two LP releases: The first one had the familiar "FM" logo at the top, with "Direct to Disc" just below it. On the second release, it says "Head Room" at the top and "Direct to Disc" just below it. In smaller print at the bottom we see "Limited edition rock recording featuring progressive rock trio FM." There's also an explanation why what I'm hearing on the CD is not the same as the LP that I'm familiar with (that LP is the second release), which has to do with the limitations of the direct-to-disc process: "The band did about four takes of each track, each of which was put onto a separate lacquer. The fourth take of each was deemed the best, and was used in the initial release... There was a limit to how many copies could be pressed up. Each lacquer could be used to create roughly 20,000 to 30,000 copies. This is because only one set of metal stamps could be made from each lacquer... After 26,000 copies were sold, to meet demand, the record company released the 'next-best' performances of the two compositions." What's puzzling is why Esoteric, who are usually fairly generous about including bonus tracks, didn't put both versions of "Headroom" and "Border Crossing" on the CD release, especially since both LP sides are only about 15 minutes each. Nonetheless, it's good to have this –easily the band's finest moment, in an official CD release.