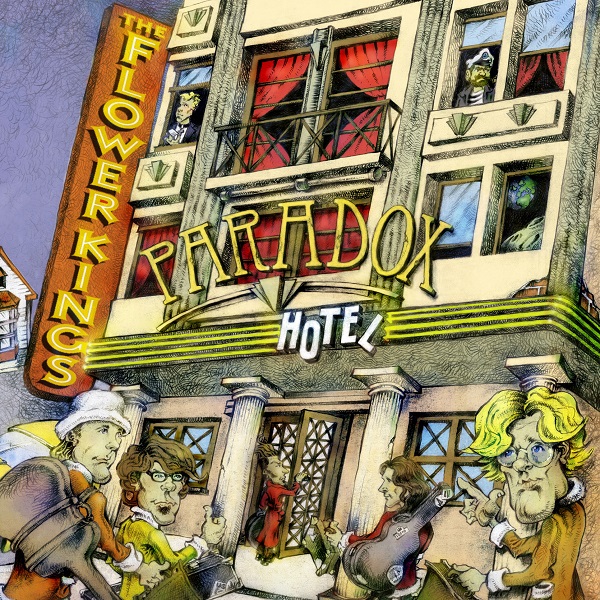 The good news is that Paradox Hotel includes a kick-ass prog rock instrumental, “Pioneers of Aviation,” that’s about one of the best things The Flower Kings have ever done. The bad news is that it you have to wait 30 minutes into disk one to reach it. To be fair, Paradox Hotel includes some really nice material, notably several Tomas Bodin pieces (including a Fellini-esque trip inside Hitler’s head called “Bavarian Skies”) and a Hasse Forberg rocker called “Life Will Kill You” that is more than a little like Kings X. And I would be remiss not to mention “The Unorthodox Dancing Lesson” that sounds like a collision between National Health’s “The Collapso” and King Crimson’s “VROOOM.” The many highlights have to compete with what at times seems like aimless noodling and wandering about, plus the most subdued batch of songs from Roine Stolt that I can recall, even on past 2CD marathons. As the band is quick to point out, the writing chores are spread around a bit more on this one, though to toss off comparisons with The Beatles (The White Album) is reaching, especially when Stolt is the sole writer on well more than half the songs and a co-writer on several others. The lineup has been tweaked recently with the addition of new drummer Marcus Liliequist and the departure of Daniel Gildenlöw, though the band are playing and singing as well as ever. Paradox Hotel as a metaphor for life on Earth is clever, though the concept — like most of this collection — works some times better than others. I’ve suggested on past mammoth TFK albums that a little judicious song editing would make for a stronger, more cohesive collection, and the same holds true here. But Stolt and crew seem bent on following the “More is better” maxim, and I’ll just say that “Some is great, some ain’t.”