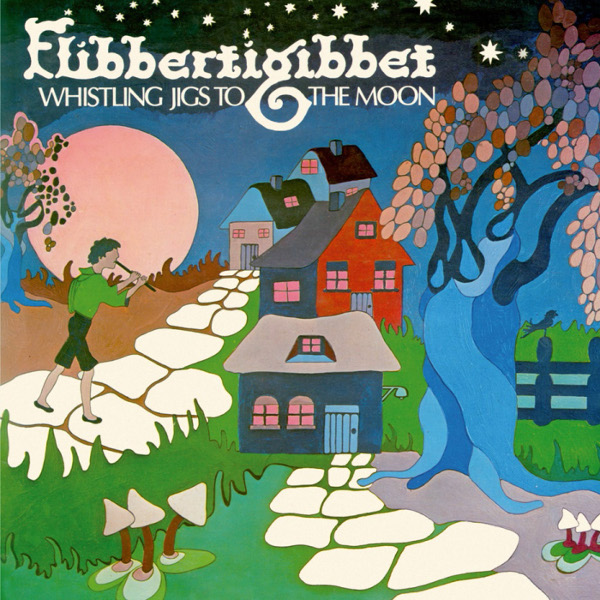 Back in 1974, after Irish folk rock group Mellow Candle broke up, members Alison O’Donnell and David Williams moved to South Africa. There they met fellow expats Barrie Glenn and Jo Dudding and together formed Flibbertigibbet in a niche folk and traditional circle of immigrant and local musicians, building up a repertoire of original and traditional tunes and songs. Flibbertigibbet released their one and only studio album, Whistling Jigs to the Moon, in 1978. To flesh out the album sound they enlisted Francesco Cignoli (classical violin), Denis Lalouette (jazz bass), Nippy Cripwell (string bass), Colin Shapiro (flute), and Dave Lambert (fiddle). Released only in South Africa, this rare album has been long sought after by collectors. Over the years Whistling Jigs to the Moon has been reissued on CD twice on Kissing Spell (1996 and 2002) and once on South Korean label Si-Wan Records (1997). On December 5, 2018 Guerssen released the first legit vinyl reissue of this excellent folk rock album, cut from the master tapes. The sound is crystal clear, but I cannot tell any difference from my copy of the Si-Wan reissue. Be that as it may, the disc is full of jigs and just plain fun Celtic music. Alison’s beautiful voice rings clear throughout. It is unfortunate that Flibbertigibbet did not last long after this album. The only other documented recording of the band is My Lagan Love (Unreleased Live and Studio Recordings), released on both Kissing Spell and Si-Wan. So if you never had the opportunity of hearing Flibbertigibbet, now is your chance to obtain a copy for yourself, especially if you love traditional British Isles folk and bands such as Steeleye Span, Fairport Convention, Pentangle, etc.