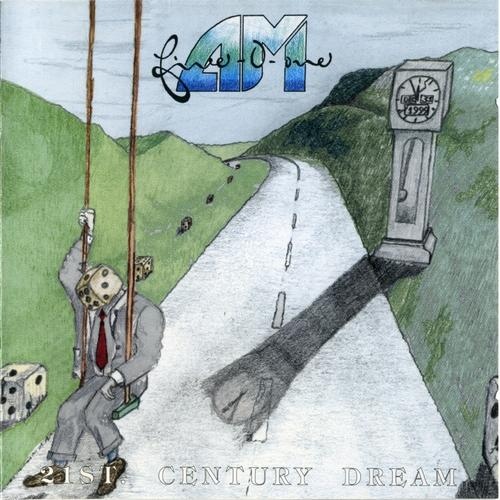 Somewhere between Marillion (Season's End) and the SI label bands Lies Five-O-One AM. That is, song oriented pop with elements of prog. Combine that with WMMS's reputation and Five-O-One AM was deep in the hole. My ears were happy to learn that this Dutch band has a lot more to offer. While Five-O-one AM may not offer the complexity of composition many crave, they also manage to avoid many clichés. For starters, the vocals are way above average. Edu Arde is a wonderful singer, no odd inflections or translated anomalies. There is nothing fishy going on here either. Like Marillion's Seasons End, the songs are well crafted, and very heartfelt. If you are like me and like to sing along, this is some really good music. This plays like a concept album about things lost and finding hope. Many melodies repeat. Arde wrote the lyrics and keyboard player Jan Pezie wrote nearly all the music. His piano work is great too, some of his synth runs are a bit unoriginal, but fitting. The drums are a tad simple for my tastes, but the players are competent. The guitar solos are restrained and tasty. This album really surprised me, Five-O-One AM offer up very well written and performed album that to my ears lays to waste anything done by the Marillion boys since the aforementioned album. If this is the first Five-O-One AM album, I hope it's not the last.