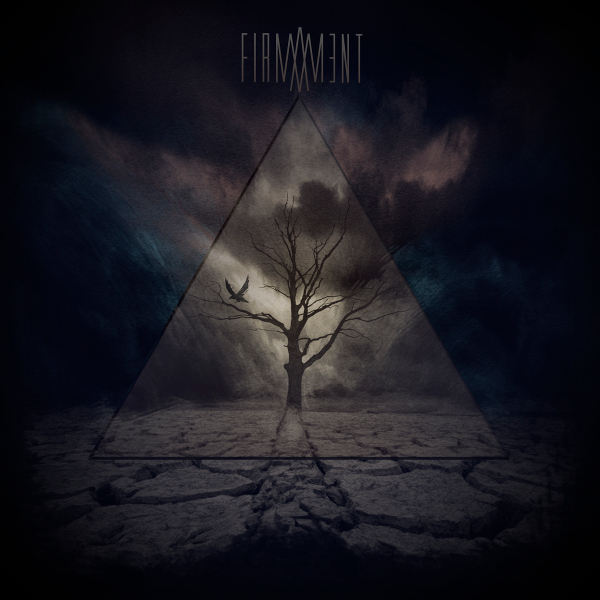 Heavy metal has always lent itself to what might be called progressive tendencies, and sometimes the dividing line between what’s called metal and what’s called prog is pretty arbitrary — just a matter of guitar tones, vocal style, and how often a double bass drum is used. This Spanish band falls decidedly on the metal side in regards to two of those factors — being instrumental, the vocals don’t enter into the picture — though at times they dial back the pummelling and could pass for prog. Firmament’s debut recording consists of four longish tracks named for the points of the compass, and each of them features numerous sections of varying mood. Parts delve pretty deeply into the sludge, with dropped tunings and dissonant grungy riffs at plodding tempos. Other parts brighten up the energy with faster speeds and nimble guitar parts or venture into calmer spaces with gentle arpeggios and less aggressive rhythms. My favorite track is “South,” which starts out with meditative chords picked on a clean-toned guitar while the second guitar provides a bluesy melody. It could almost pass for Pink Floyd. A couple of minutes in, they jump into a fast section with choppy chords and pounding bass drum. These two sections alternate to make up the bulk of the track, and in fact it is the simplest of the four directions, but this simplicity works well. I’m a listener who likes a heavy riff now and then, and likes to hear some tight coordination between bass, guitars, and drums, but I’m not fond of the majority of what passes for singing in the darker realms of metal, so an instrumental band like Firmament has a natural appeal. There are times when these tracks sound like the backing for something that hasn’t been added yet — a melodic lead would be welcome, be it a violin, sax, or keyboard. They’ve got a lot going for them, and I’ll be looking forward to hearing where it takes them.