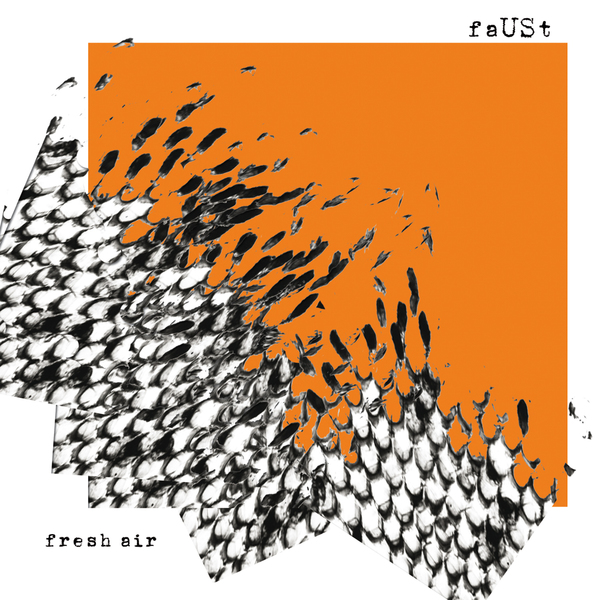 What can I say about Faust? They have been churning out creative music since the late 60s and show no signs of slowing down. Unlike their previous album, Just Us, which they recorded in their home studio in Schiphorst, they met with different musicians in various locations during their US tour in March and April of 2016, recording the different tracks on Fresh Air. They decided to kick off the album with the title track, 17½ minutes of sound collage using drones, strings, feedback, banging, knocking, tapping, field recordings, a poem by a French school friend of Péron (translated and recited in Polish), and ending in an industrial sound inferno, with Péron's cries for "Fresh Air" as if it is being taken away from him. Much of this track reminds me of their 1972 collaboration with Tony Conrad, Outside the Dream Syndicate. “Birds of Texas” is based on a field recording loop of birds that accompanies percussion, bass, drums, and guitar. Then there is one of Faust’s shortest songs, the 23 second “Partitur,” the result of Faust and the audience at the California Institute of the Arts transforming a graphic score projected on the screen into an acoustic signal, a wildly meandering, high-intensity, 23-second symphony sounding like a sporting event! “La Poulie” is a slight return to Krautrock and French spoken word. Next is the deranged “Chlorophyl” with franco-faUStian artificial words and singer/songwriter Barbara Manning contributing word sketches and vocals. “Lights Flicker” is another crazed composition with demented playing, moans, and shouted “lights flicker as I blink my eyes to the beat.” The disc closes with “Fish,” another long track with drones, raucous trumpet, guitar, and a narration that tells about the seashore and the sea. “the sea, the sea, she is eternal.” Faust always surprises us with each new release. So if you are looking for adventurous music, pick up a copy.