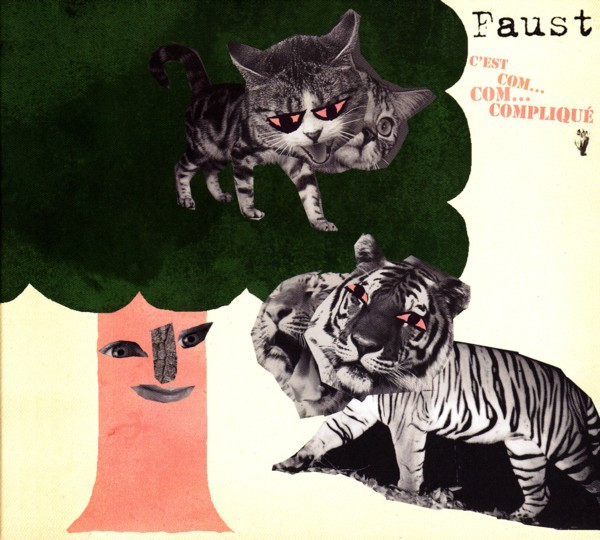 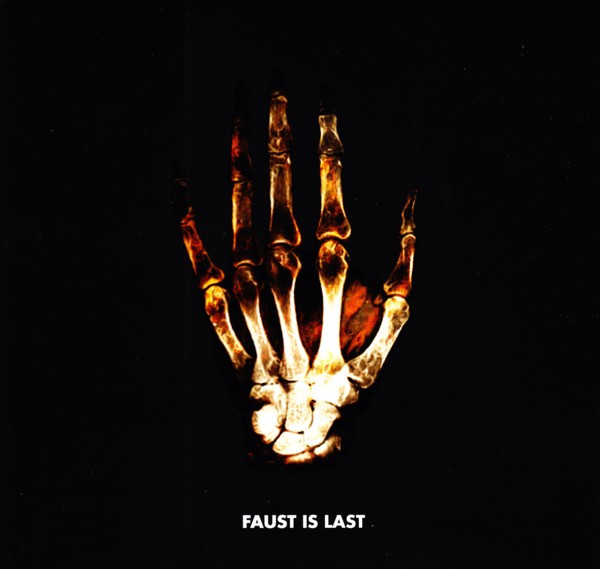 Beginning in the lush, disco-free Eurozone of the 70s, beneficiaries of finally reliable synthesizers, a well-defined tradition of art music tape experimentation, post modern euphemisms, and a pronounced allergy to commercially scripted stylistic dead-endism, Faust has been a steady source of surprise and suffering. Managing to shuffle through the decades while rotating personnel, originating instead of following trends and remaining all the while fairly close to the original conception in many of its uniformly peculiar forms is enough of a measure of success and respect. And on these two releases two extremes of their work seem set: Faust, the medieval seeker and Faust, the fist.

With C’est Com...Com... Compliqué, Faust is the seeker, sifting through the traditional rock instrumentation line-up with unconventional and naïve urges. Someone pulled the “honor thy mistake as hidden intention” card, resulting in a spontaneous sense to virtually each piece. Experimental, post-everything and yet something of a da capo visit with the good old Faust IV, the work is dominated by French inflections, the music unravels as tongue-in-cheek, lyrical, amusing and amused clots. Framed by garage band rawness, simple persistence, learner-level repetition, craftsman-level assembly and artist-level dissembling, false starts, random stops, and shouting. Like Faust IV, there are moments of sudden loveliness, melodic atmospheres giving way to blissed-out tremolo and feedback, hammered into new shapes with a stammering snap and downhill tumult. It’s an extra-musical, open, airy, noisy and restless set that never flags, perpetually flooded by a profusion of ideas and approaches that have continued to expand over the history of the group.

Acting as ballast, holding us back, holding things always down are the two CDs comprising Faust Is Last. Monolithic, almost completely mired in heaviness and faux anger (“I don’t buy your shit no more,” “Feed the greed,” etc.) this most fist-y manifestation of Faust trades the scalpels for shovels, spectral light for indistinguishable greys, and gets busy whacking around the hedges of cliché rock forms. An over-amped, often trudging, count-along-with-me guitar-centric and humourlessly opaque Teutonic record, Faust Is Last recalls any number of generic X-metal audio configured specifically to compromise your hearing. The beauty and thrill of distortion has so long-ago become completely mainstream in virtually every application of sound – from ad jingles to The Jesus Rock to the seemingly sudden and broad-based acceptance of Metal Machine Music to stuff which inaptly adopts the term “Minimalist” – that its omnipresence can pass without remark. The unrelenting homogeneity makes many parts of Faust Is Last indistinguishable from any others. It’s not until reaching the end of disc two that anything vaguely adventurous occurs, struggling in its absolute isolation like a few drops of oil trying to mingle with ocean water, unintentionally marking the uncounted miles between Compliqué and Last.