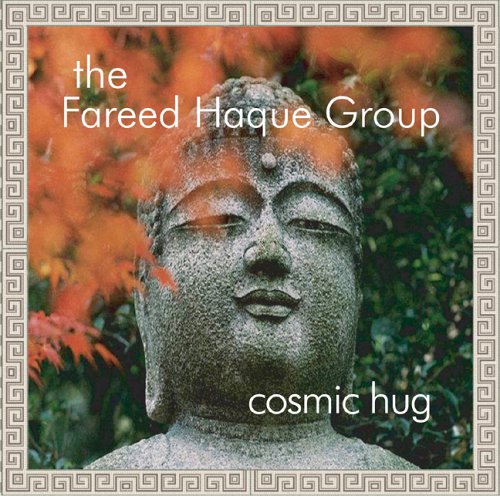 Fareed Haque needs no introduction in the closely knit circle of jam bands circling North America. His main band, Garaj Mahal, is a touring fixture at nearly any jam based festival organized in the US. The guitarist’s other muse is satisfied by this band bearing his name that fuses traditional Indian music but retains the driving jamming element that has made him a name on the jam scene. “Pairs” shows just how jazzy the guitarist can mix it up in a phrasing that combines John Scofield like licks with tabla based accompaniment to set up a contagious groove. Haque and his six-piece actively navigate many faucets in eleven tracks including syncopated funk on “BRD” where Haque utilizes a wah wah tone to much success. In contrast, “Fade to Oblivion” features some tasty clean toned soloing with an acoustic mid-section and Dan Nimmer’s best Fender Rhodes playing. “FH/SK” contains the most pastoral playing that tries to approach a vibe that Shakti employed with minimal percussion and two intersecting soloists. “Lahara” is a rocking bit of various influences including traditional scat vocals and Haque’s best out of control lead on the disc. “Sassi Lassi” closes the disc on the funky danceable up note that fits into the Martin, Medeski and Wood mindset. Overall it appears that Haque’s group has a strong handle on the blend of eastern and western styles and what direction they will proceed.