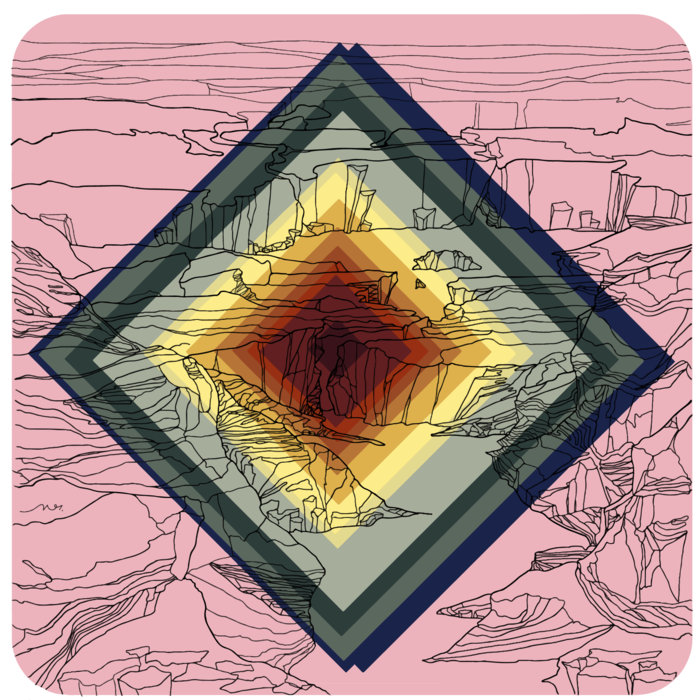 Fang Chia’s second album exhibited a touch of Canterbury influence in its sound, and with this newest release, that aspect of their style is brought more to the fore — not that they’ve become genre purists after two releases whose main feature was eclecticism. “The Weirds” opens the set with a sound that could easily be a long-lost National Health piece, with quirky parts on guitar and electric piano backed by busy support from bass and drums. “Rondo Tarantella” starts with a rapid arpeggio on a synthesizer, but wanders into several different areas, with a subtle drum part moving at a fast pace while other instruments provide accents at varying times. These are the defining features of the Fang Chia sound: the chords are often stacked with notes beyond the simple; the guitar and keyboards tend to go in opposing directions, one playing chords while the other provides an unpredictable melodic line, then switching it up; the drum parts are busy but not domineering, more Bruford than Peart, favoring cymbals and rims over thundering toms; and the bass parts often feature chords and harmonics, roaming freely from cavernous low notes to high tones. Vocals are only rarely present (one track), and the brass instruments only show up towards the end, with trombone featuring prominently on the final track, “Nothing New under the Fog.” At just over 35 minutes for the six tracks, everything is kept on point, without any of the lengthy digressions heard on Where Would You That We Gather? The downside of this is that another couple pieces of such enjoyable music would be quite welcome. Above Ground is a great listen front to back, and one of the gems from the Pacific Northwest this year.