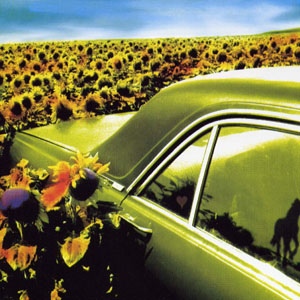 This is a tough one, not least for its diversity despite the numerous Robert Wyatt references in this review. Frenchman Frank Lambert has a knack for constructing a challenging set of tracks, getting only just so bizarre without straying too far from the moderately adventurous listener's comfort zone. It features elements of RIO, ambient, and oddball pop, all in Lambert's musically off-beat vision. As mentioned, Robert Wyatt figures prominently with Lambert frequently singing in similarly minimalist contexts. "Headwork and Dancing Feet" opens with an early Soft Machine-like flavor, while "Shleep on It" is an obvious Wyatt reference. At only four and a half minutes, the latter steps out of Dondestan and manages to evolve into a gentle little epic with a brilliant array of contrasting sounds, such as the truncated sound of a clavinet with an elegant violin line sweeping along the way. Occasionally we're nearly assaulted with sound as on the nearly indescribable "Exodus," while at other times we float serenely on a bed of gentle drones and well-placed noises. Tracks will morph and before you know it you forget where you've come from. On "She's Far from the Land," Lambert throws in an interval of medieval folk before segueing into another minimalist section, this time featuring a trumpet, again reminiscent of Wyatt. Lambert plays keyboards, sampler, guitars, flute, percussion, accordion, home tapes, and sings, while guests contribute horns, winds, synth, violin, and voice, often for their sounds and intermingling textures rather than for full ensemble playing.