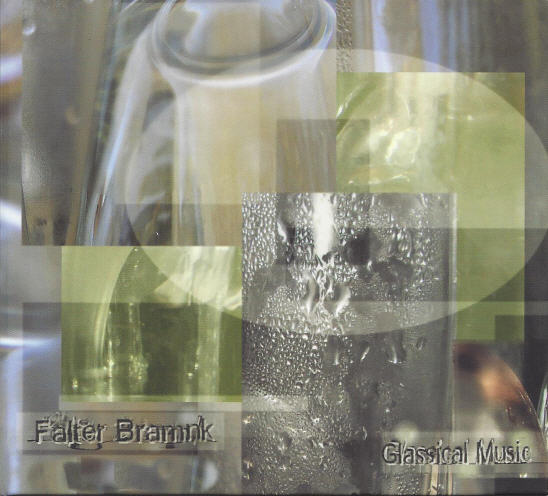 More an exploration of sound than music per se, what we have here are eleven tracks resulting from glasses rinsed with hot water. The condensation that results between the water, air, and glass produces sonic textures and rhythmic patterns, which can differ widely based on the type of container used (glasses, bottles) and choice of materials (plastic, glass, metal), which means that all eleven tracks here were produced using only glass and water vapor condensation, then mixed and edited together without any compression or other effects. I have to say this could have used some additional normalization in order to bring the volume level up to where the sound can be heard easily and experienced; for most of the disc, which clocks in at around 48 minutes, the levels are so low that the sound cannot be heard over the ambient noise (for example the mechanical sounds of the spinning disc in the player) at any normal listening levels. The sounds are mostly ‘percussive’ (for lack of a better term, placing what is hear from the condensation in the context of musical terms), nothing here is melodic in any way shape or form, sort of like the sound of wind or water drops or static or any other random sound one can think of. No effort is made to manipulate these sounds into rhythmic structures or music, Bramnk just records the process and allows the sounds to speak for themselves. Use headphones and crank it up.